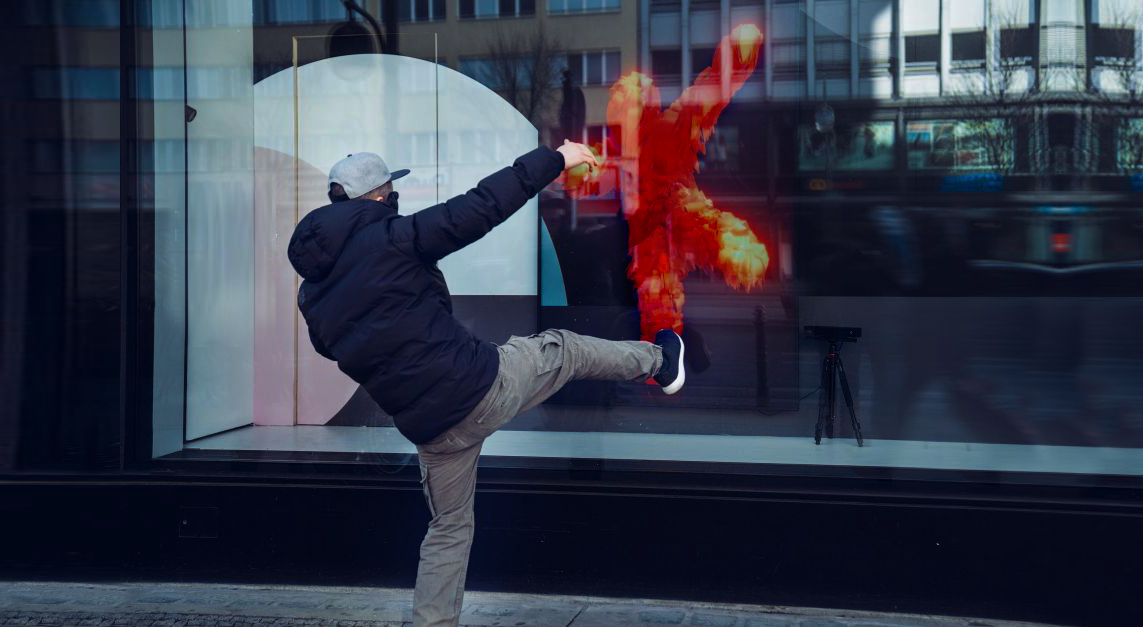 Innovation is at the heart of everything Samsung does. In honor of the new Galaxy S10, they wanted to highlight 10 of the phone’s most impressive features in a unique way. So to celebrate the launch of the new model, together with Cheil Germany the UNIT9 team took over KaDeWe, a major department store in Berlin, to let people experience the features for themselves.

The building’s 10 signature windows were the perfect vehicle to show off 10 of the phone’s best features. Balancing interactivity and design, each window contained a unique installation that brought to life a key aspect of the phone, including a rising sun to represent its superior charging power, a fingerprint embedded in glass to represent its ultrasonic fingerprint scanner, and a rain room to represent that it’s waterproof.

The windows were both artful and innovative. We used a variety of advanced
technologies to make them as eye-catching and interactive as possible. Some windows used proximity sensors and Kinect technology to allow people to touch, engage with, and trigger reactions inside of the windows themselves. Other highlights included light displays, sound installations, and avant-garde design concepts.

With only 48 hours to install, test, and perfect all 10 installations, the pressure was on. Due to the nature of the building, we had a lot of space in the windows to fill, but not a lot of room in which to do it. It was a tight squeeze, but our installation team of 40 people pulled it off. When we saw all 10 windows lit up at night, we knew that enduring the challenging work environment had paid off.

Taking over all 10 windows of KaDeWe really made a statement. It’s the second largest department store in Europe and attracts tens of thousands of visitors every day, driving millions of impressions throughout the campaign.

Crowds formed to admire the windows and people waited in long lines for their chance to interact with the installations. But even if they only saw the windows in passing, they were still served with the message that the Samsung Galaxy S10 is loaded with impressive features and that each new Samsung phone is better than the last. 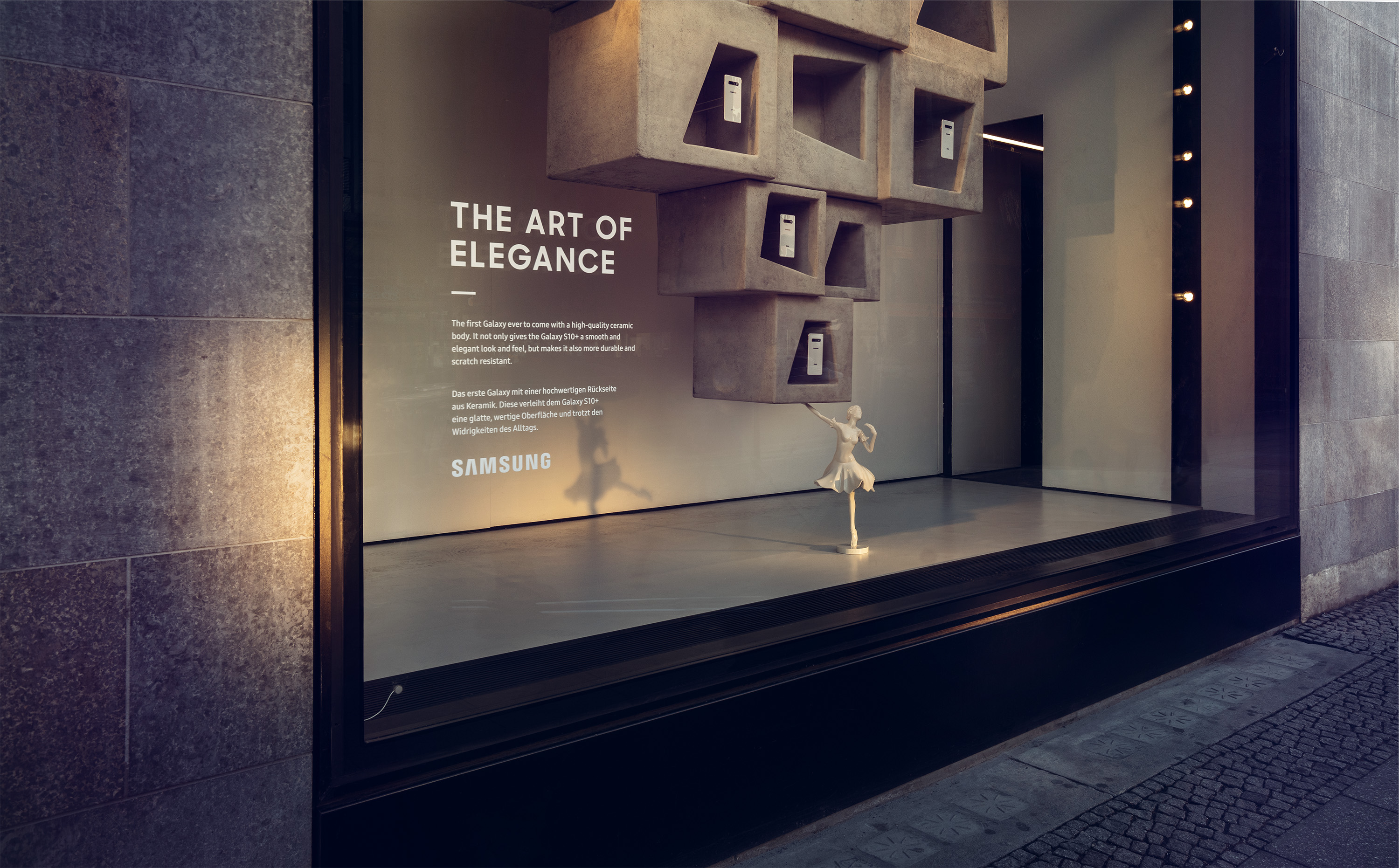