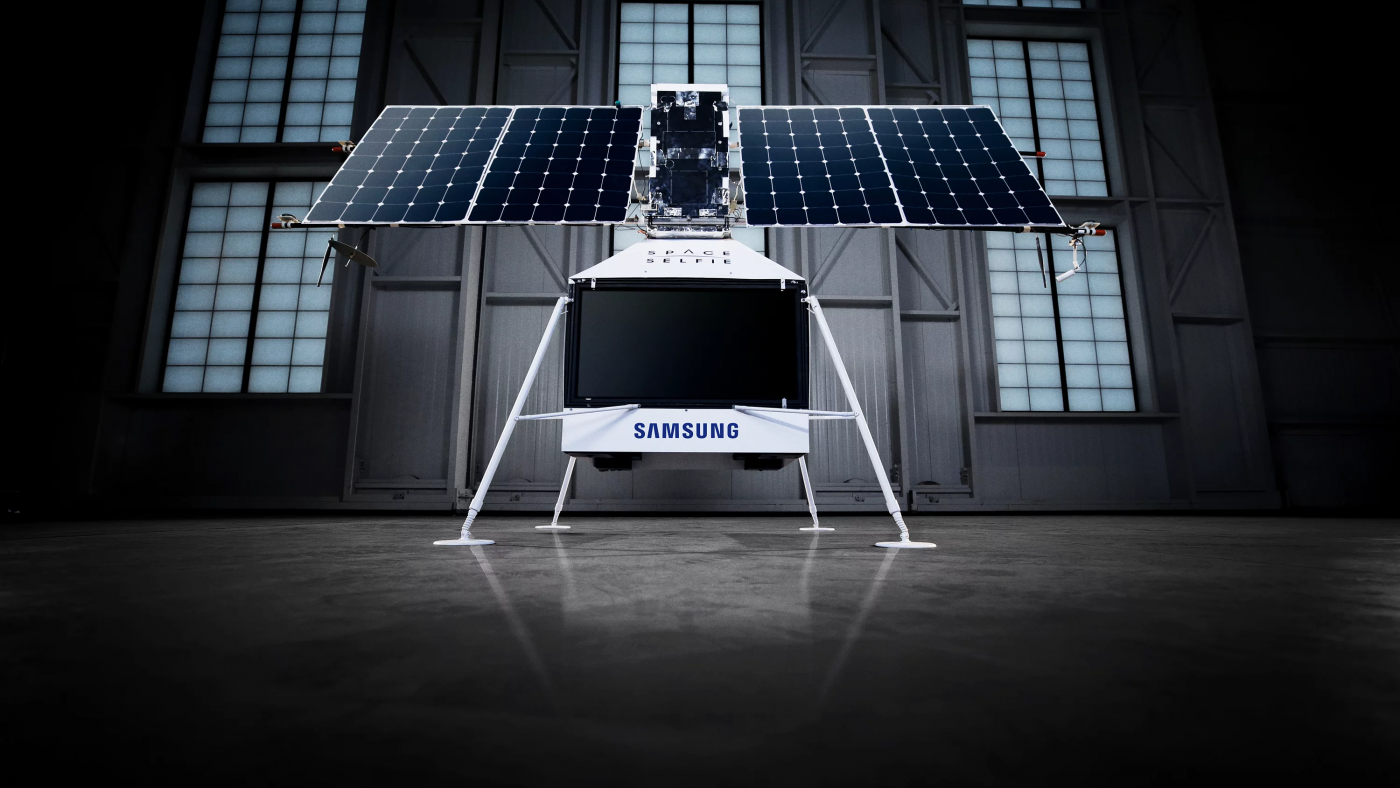 Selfies have reached new heights in our culture, and Samsung wanted to push that concept farther than ever before. To celebrate the advancements in its impressive technology and amazing screens, Samsung wanted to make space travel accessible to everyone. So we launched a Samsung Galaxy S10 5G up into the stratosphere to boldly go where no selfie has ever gone before.

To encourage everyone to send their face to space, our team built a website that
allowed users to upload or take a selfie and send it to space with just the click of a button. We teamed up with FlightLine, an independent space agency, to put the first phone in space that the general public could directly communicate with. We sent a human weather balloon to the upper stratosphere—about 60,000 feet above the Earth’s surface—with a custom-built rig containing the Galaxy S10 5G.

On the frontend, our team used a suite of complex technology to maintain complete control and flexibility of the project, including the React.js user interface library, Redux to manage the application’s complex internal state, and Eslint and Prettier to ensure code quality and consistency across the entire frontend code base. On the backend, we used Python, built a custom CMS to manage all content and data using Django, handled communication between Mission Control and Ground Control via a RESTful interface documented using Redoc, and Google Cloud Vision AI to monitor and moderate content. Finally, we hosted all of this on the industry-leading Google Cloud Platform to ensure the reliability of delivery to our end users, lightning-fast distribution, and
state of the art encryption and a very high level of security.

To say this was unlike any project we’ve ever executed before is an understatement. We encountered brand-new challenges we never dreamed possible, including the balloon enduring temperatures of up to -60º and wind speeds of around 90 kph. The weather made testing difficult and even delayed several launches, but in the end, our team achieved an impressive technological first and should be extremely proud of their hard work.

We kicked things off with actor and model Cara Delevingne, the Samsung SpaceSelfie pioneer, who shared the very first SpaceSelfie at a star-studded event in London. After Delevingne unveiled her selfie, she commemorated the moment with a massive group selfie featuring everybody. The event also featured eye-catching digital displays and many unique photo opportunities for guests to snap selfies of their own.

Following in Delevingne’s footsteps, football star Zlatan Ibrahimovic and Italian rapper, singer, and songwriter Fedez became the first luminaries in their disciplines to send their faces to space.

The campaign was absolutely epic from start to finish and we had a blast seeing
everybody’s SpaceSelfies rocket to the edge of the atmosphere. It was a truly out-of-this-world experience. Not only did we create something cool that’s never been done before, but we also made space travel much more accessible to the general public. Even if someone will never get the chance to actually explore the final frontier like a real astronaut, we gave them the opportunity to send a selfie to space via the Galaxy S10 5G.