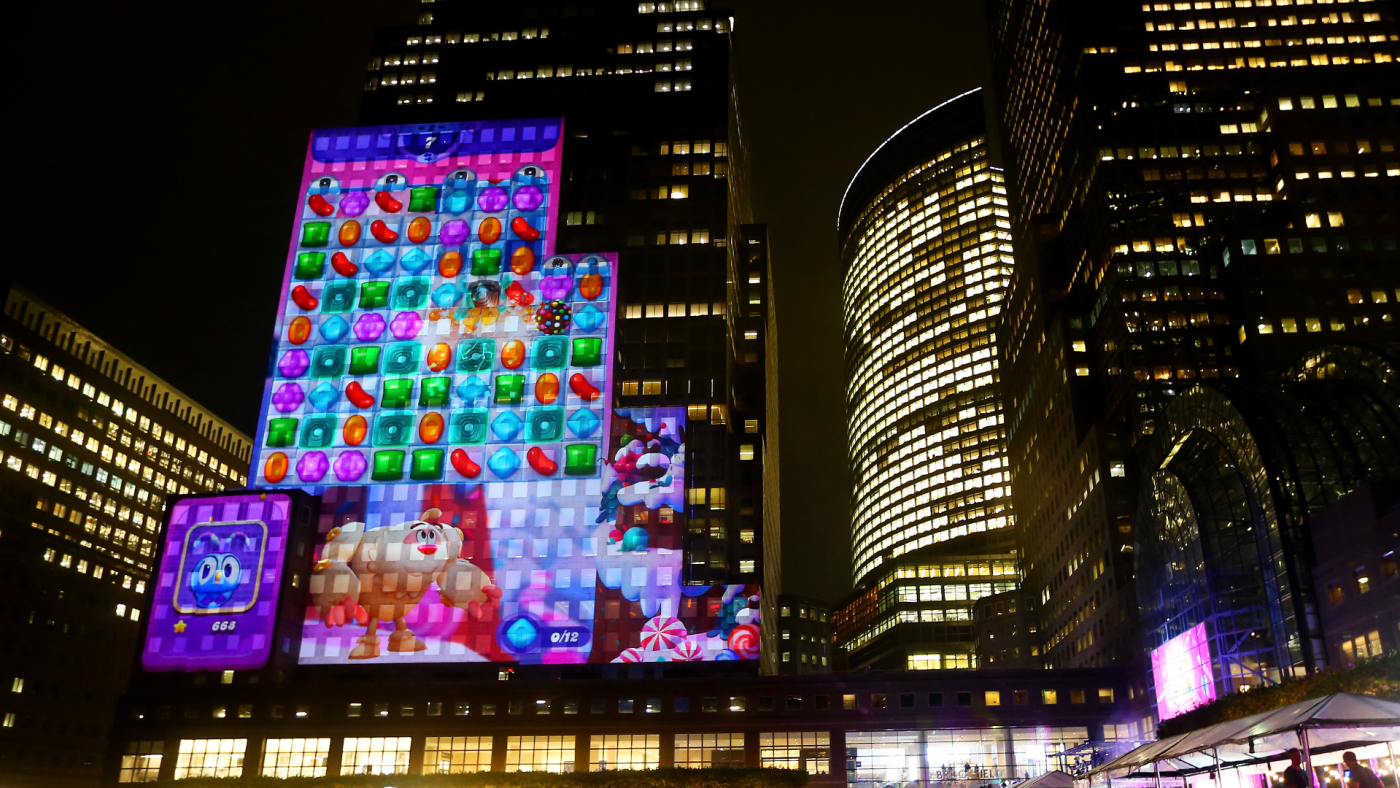 Candy Crush fans can’t get enough of the addictive game, so we wanted to up the ante with the release of Candy Crush Friends Saga. We had to ask ourselves: what’s the biggest, loudest, most jaw dropping way for us to shout about the new game? To set a world record.

Loads of fans and celebrities gathered at Brookfield Place, New York to see the game illuminated on a 26-story building, thrilling fans and setting a new world record for the largest architectural projection-mapped game ever. Two lucky megafans were chosen out of millions of applicants to unveil the experience.

Before building the real thing, we created a 1:100 scale prototype for testing.  We set up a mini version of the system with a single media server and projector so that we could run initial tests on how the game server and projection software would interface.

When it was play time, we applied custom vinyl to the building’s over 300+ windows. This allowed 60% of daylight to penetrate the windows, but prevented 60% of internal light from coming out. This enabled us to achieve a much punchier projection mapped image, with brighter colors and more light.

We worked closely with the King Development team and built two custom levels for the game, which were mapped seamlessly to the building’s architecture. To create intrigue in between game play, we created an additional six minutes of original content, including ambient falling candies.

Loads of people showed up to witness the record-breaking, larger-than-life game play. But countless fans around the world got a glimpse of the feat and raced to download the latest game.