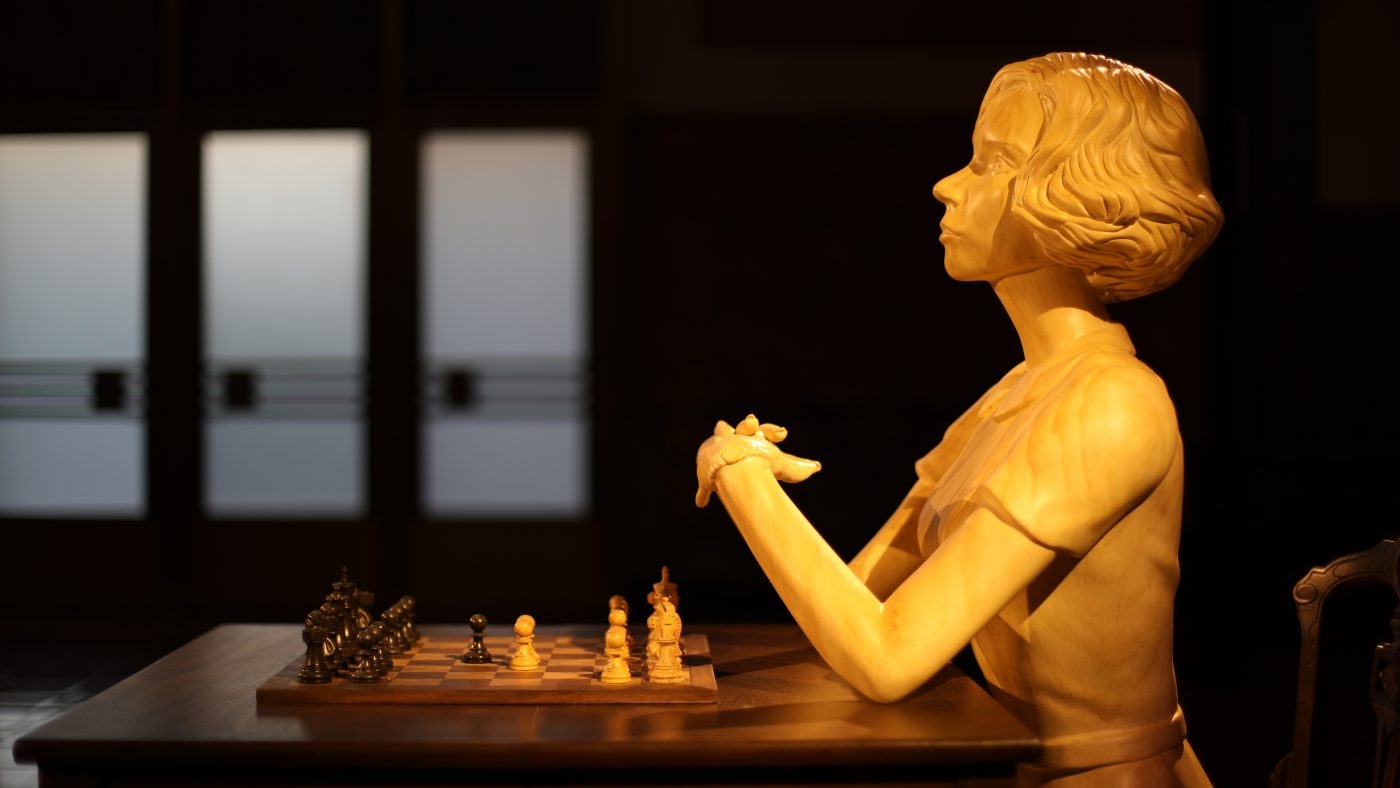 The Queen’s Gambit: One Story Away

Netflix wanted to honor the effect ‘The Queen’s Gambit’ had on people’s lives. So as part of the “One Story Away” campaign, we took over LA’s historic Union Station to bring people into the world of the show.

The Queen’s Gambit quickly became Netflix’s most-viewed scripted series, but the show’s influence transcended viewing. According to NYT, chess set sales increased by 215%. The series is a marvel of craftsmanship and period design. To let people experience it for themselves, we recreated the iconic “upside-down chessboard” that the main character, Beth Harmon, visualizes on the ceiling in the show.

We built a 30-foot-tall chessboard and hung it above a life-sized statue of Beth,
thoughtfully gazing up at it as if she’s plotting her next move. The chessboard was suspended from a truss-supported design and seamlessly blended into the station’s aesthetic. The statue of Beth was designed in VR by a professional sculpture artist, then 3D-printed with a wood-grain surface.

Inspired by the high production value of the series, we applied the same level of
craftsmanship and design to our large-scale installation. Every piece was designed to match not only the show’s aesthetic but also the motifs of Union Station’s storied architecture. The Ticket Concourse was the perfect backdrop to let people see the world from Beth’s point of view.

Taking over Union Station made a big statement. Crowds formed to admire the
installation and people lined up for their chance to take pictures. For weeks, it
dominated the top posts tagged at Union Station on Instagram, continuing to drive impressions long after it was taken down. Even if people only saw the installation virtually, they were still served with the message that with Netflix, they’re only “one story away from learning to master the game.”

The installation was more than just a branding initiative. It blurred the lines of
experiential advertising, art, and narrative storytelling showing how brands can evoke emotion have the power to rewrite the rules of audience engagement. 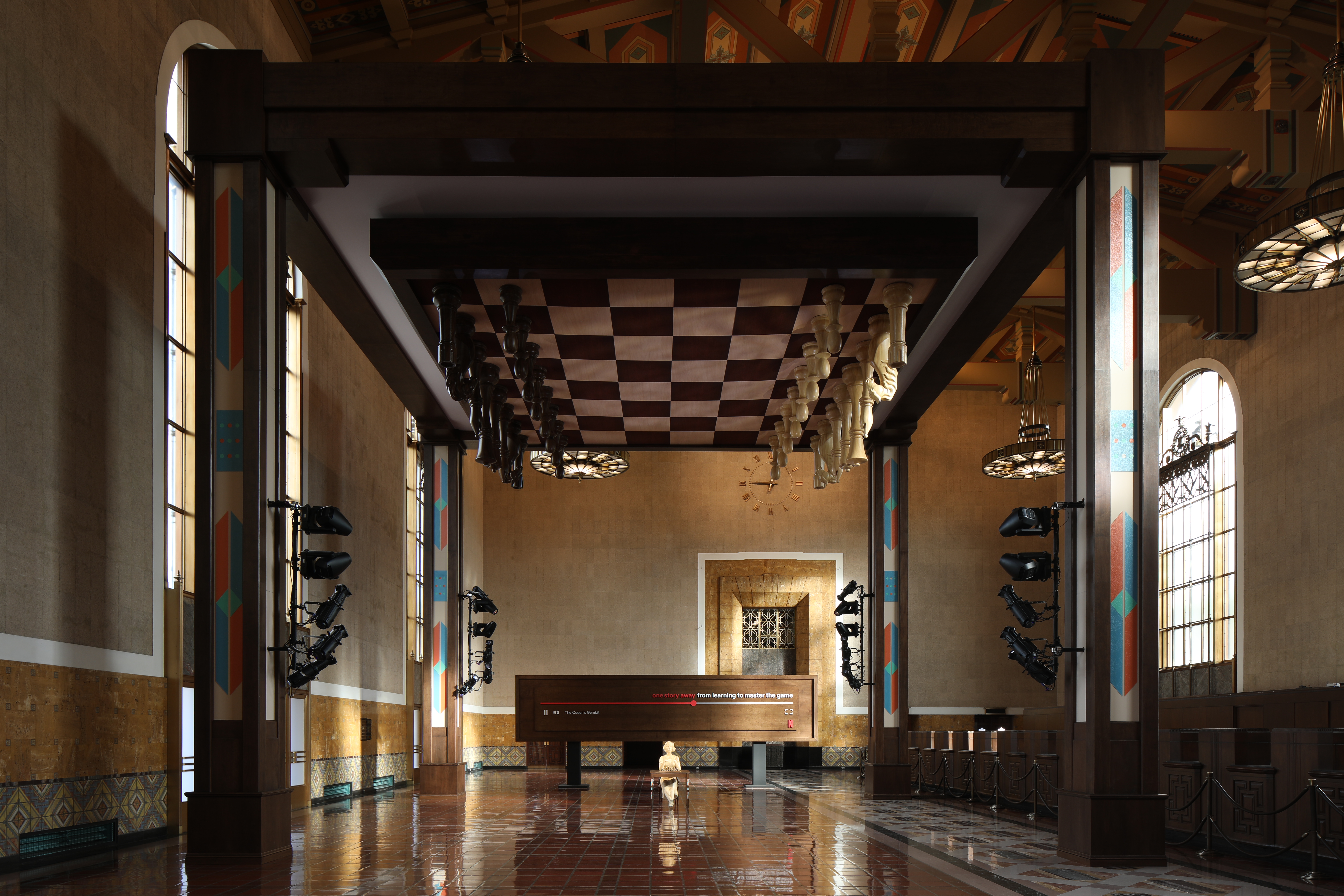