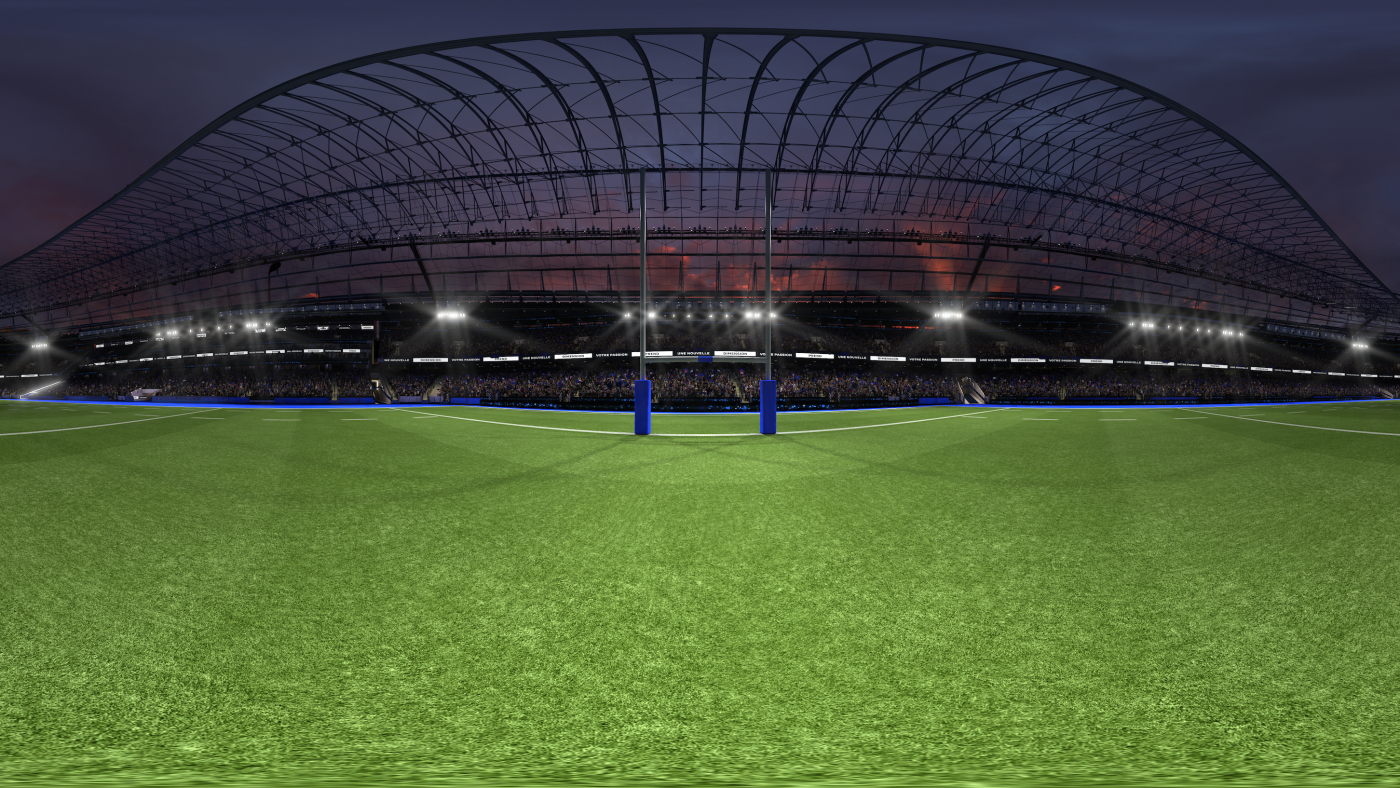 In the lead up to the Rugby World Cup 2023, main sponsor Meta wanted to build excitement amongst fans with a wow-factor activation that not only created goosebumps of anticipation amongst visitors, but also solidified the brand’s role as one of the world’s leading metaverse companies. As part of the Rugby World Cup France 2023 exhibition-train tour, the experience would travel round 51 cities in France to engage rugby fans across the nation.

We created three different activations for patriotic fans to enjoy, each touching on key aspects of metaverse experience – VR, AR and digital avatars.

Stationed on the platform next to the exhibition train in each city, our avatar creation hub – built as a custom app – allowed visitors to create their own customised character complete with a range of French and rugby-themed costumes, face paint and accessories to express themselves as the ultimate mega fan.

Once created, users could generate a QR code and move onto the train carriage to complete the next connected experience – a VR activation that allowed them to transfer their newly created personalised avatar straight into virtual reality. Built for the tetherless Meta Quest 2, the two-player experience transported fans and their friends onto the pitch to meet the French rugby team, designed as true-to-scale digital characters. Instead of controllers, we used gesture control to allow users to fist bump and high five the players before raising their arms to trigger crowd noise and sing an emotional rendition of the French National Anthem.

To round things off, we also created a series of six different AR filters for Instagram, built using Spark AR. The filters allow users to try on their avatar’s costumes, face paint and accessories in augmented reality and take selfies to share with their friends, extending the experience once they leave the train station.

Launching on 21st July in Lille and making its way around the country until its last stop in Paris on 12th November, the Meta Rugby World Cup activations are engaging a nation in pre-tournament excitement. This was a connected end-to-end visitor experience like no other, tied together through shared creative and art direction as well as being technically linked, signposting the effectiveness of personalised metaverse experiences. 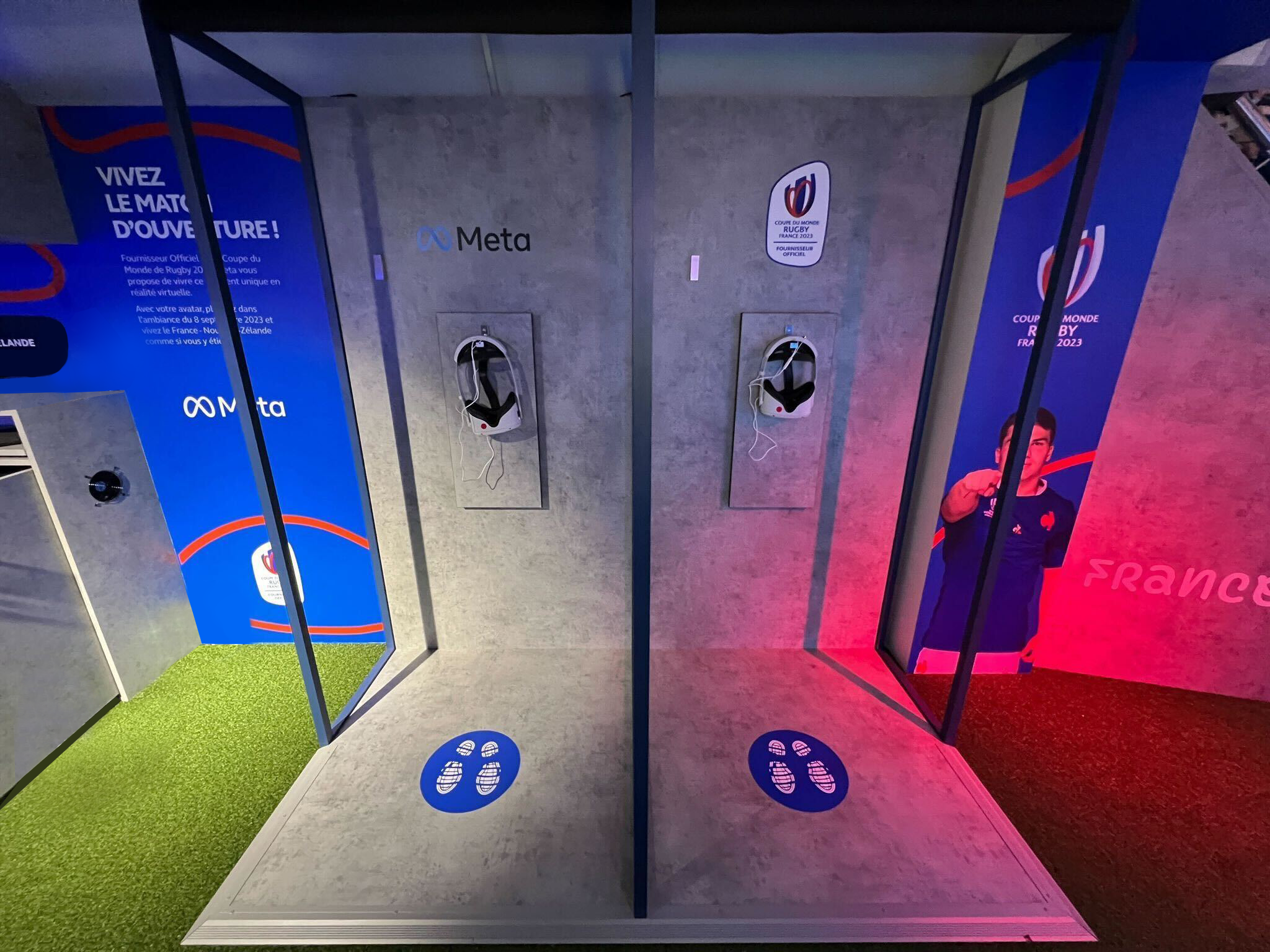