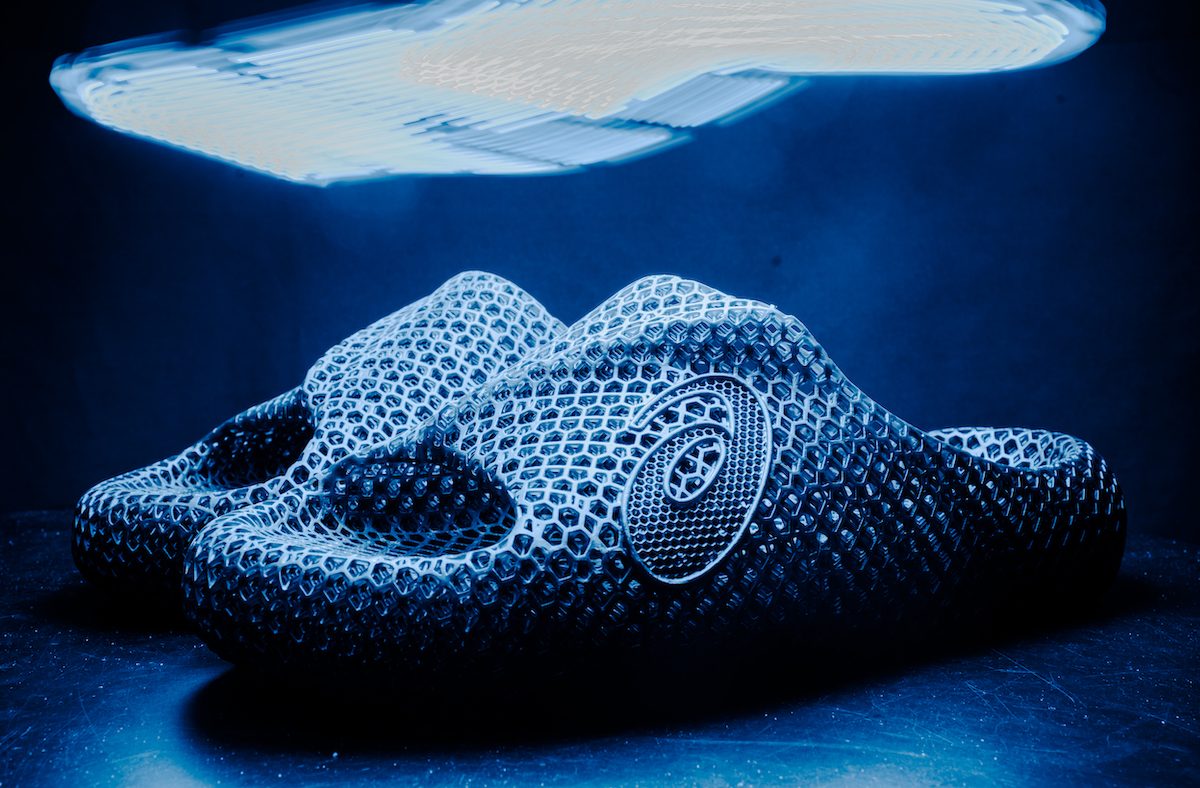 To launch their new Actibreeze 3D printed sandal, ASICS wanted to create a memorable launch moment to immerse viewers in the powerful story behind their innovative new product and reveal how the unique design helps with recovery after working out.

We delivered an experiential launch and campaign film to announce the release of the Actibreeze model, exclusively revealed at the ASICS press event just ahead of the Athletic World Championships in Oregon, USA.

Played out to attendees across an impressive curved screen, the hero film followed a number of athletes as they prepared to exercise, building tension as heart races increased and landscapes became more dramatic. Right when the pace was at its peak, we created a moment of catharsis for viewers as the sandal was introduced on screen with 3D animations, and the room was plunged into a pool of cooling blue light.

Inspired by the Actibreeze’s lattice structure, we designed a light installation that echoed the intricate pattern of the sandal and filled the entire space with a striking mesh-effect glow, creating the ultimate atmospheric moment to accompany the product reveal in the film.

We also made a series of social cut downs of the hero film for ASICS to widen the reach of the campaign on their social channels.

The combination of tension building in the film juxtaposed with the cathartic moment of the product reveal effectively immersed viewers in the new ASICS Actibreeze and its beneficial features, giving them an experiential launch moment to remember.