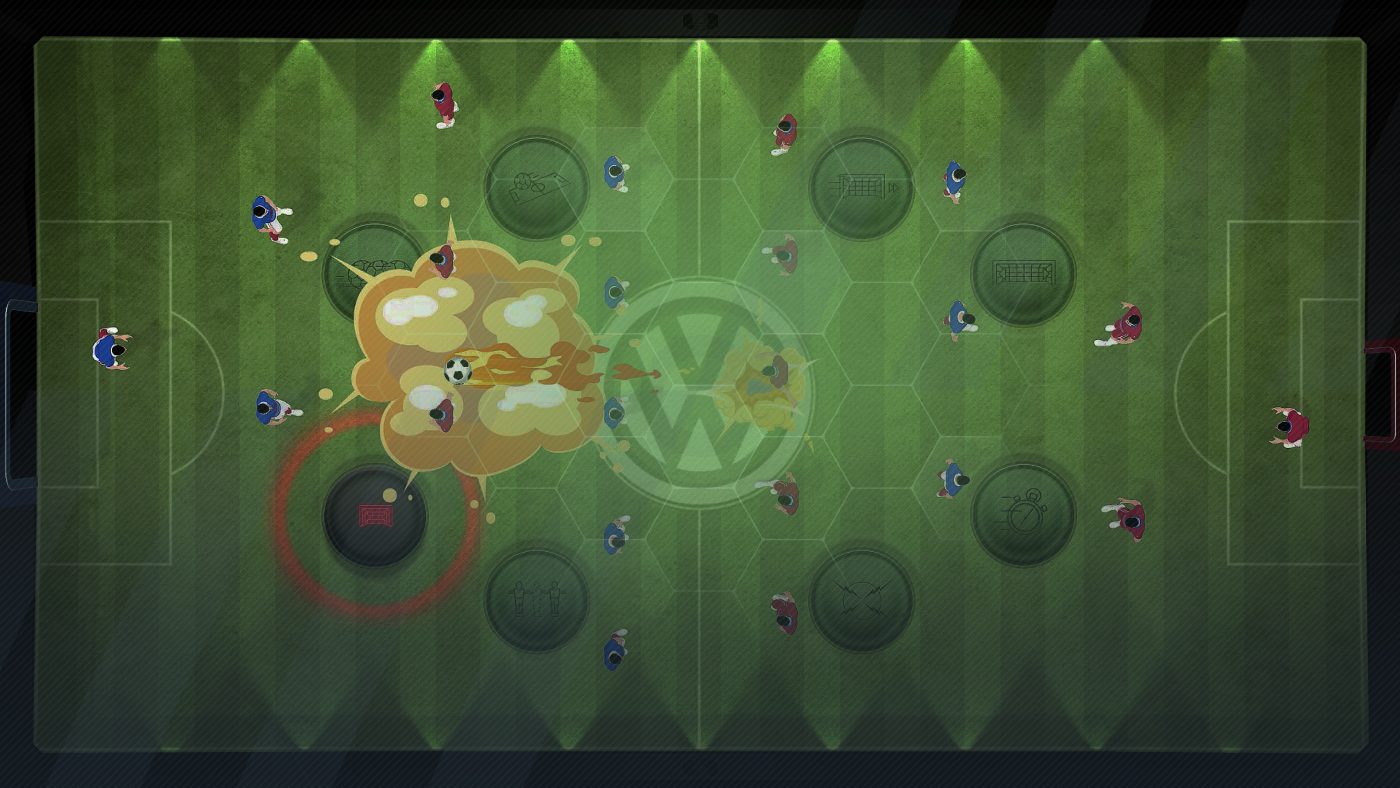 Volkswagen – official partner of the French Football Federation – wanted to bring sports fans closer to their idols, by offering an innovative new gameplay experience. So UNIT9 teamed up with DDB Paris to develop a new model of entertainment. Creating the first-ever connected foosball table.

Foosball for the digital age

Revolutionising the traditional foosball table for the digital age, we connected a social audience with the physical gameplay, so an online community can influence live games and launch takeovers. The rules of foosball are turned on their head in the digital world. Gameplay becomes even more fast-paced and unpredictable.

To bring to life the first connected foosball table we brought together a crack team of engineers, 3D artists, developers and designers. And then we invited stars from the French national football team – the likes of Paul Pogba and Olivier Giroud – to beta test the gameplay. Bringing the online community and football fans closer to their idols.

With the connected foosball table, the UNIT9 team engineered a number of special rules and surprises for the audience to introduce to any game.

Fancy confusing the players? Add three balls to the game at the press of the button. Or why not tilt the pitch on its axis at a critical moment. Someone about to score? Move the goals or change their size. A lull in the match? Accelerate the gameplay speed. Or maybe even just remove players from the pitch entirely.

Foosball Arcade is a standalone piece of product design due to appear at the FIFA 2018 World Cup as well as the UEFA Women’s Euro Tournament in 2017. Offering fans a new type of connected experience. See more work by Stephan Bischof here.