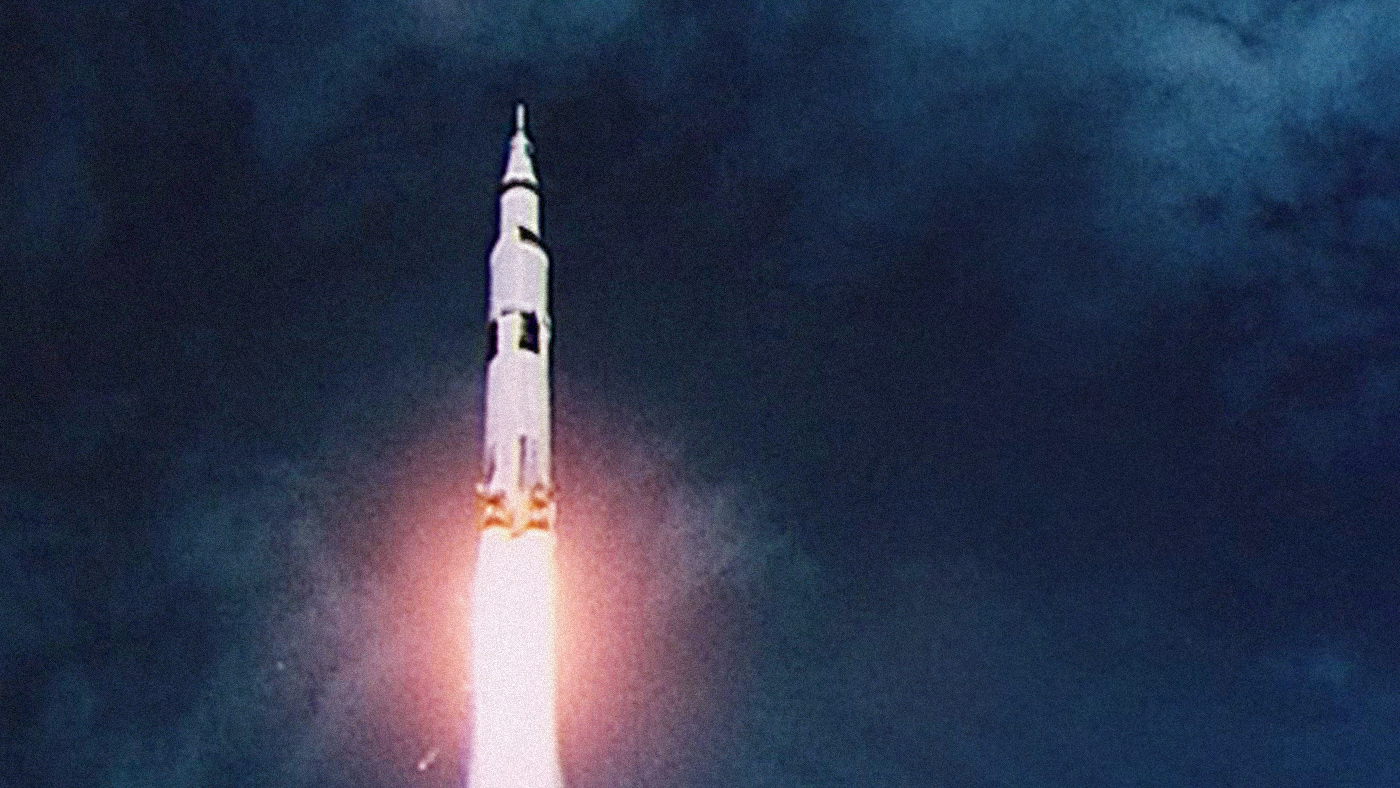 Meet Jack Torrance, the man who in 1969 took America to the moon in The Trip, a trans-media project combining online interactive film, short cinema film, a concept record album, and a large scale photo series.

The Trip was inspired by real life events. In 2012, The Kissinger Twins met an unforgettable 80-year old man who claimed to be the mastermind behind NASA’s moon landing. The tale he told them that day would become the story told in The Trip.

The man behind the biggest hoax of the 20th century shares his conclusion that our society has reached a critical point, where, through the rapid advancement of technology, people can be controlled and manipulated on an unprecedented scale. This is no conspiracy anymore. It is fact.

The transmedia approach of the project tells Jack Torrance’s story in different ways with each of the individual executions designed especially for the media in use.

The interactive version of The Trip is a road movie consisting of 11 chapters. It is an immersive, chill out audio visual experience. Users choose their own pace unveiling Jack’s story via tapping or moving the cursor of their mouse. Users can watch the film couple of times, every time discovering new visuals. One of the first interactive films for the iPad. Built in HTML5 the site has been designed to perform smoothly across iPad and Desktop, with special features on Mobile.

The 10 minutes linear film stars the American actor Dan Dunlop. This version has different edit and visuals than the interactive one.  The rhythm of the narration is built by thrilling performance of Dan as Jack Torrance. It is currently out traveling the globe making appearances at film festivals. A limited special edition is also available on VHS. 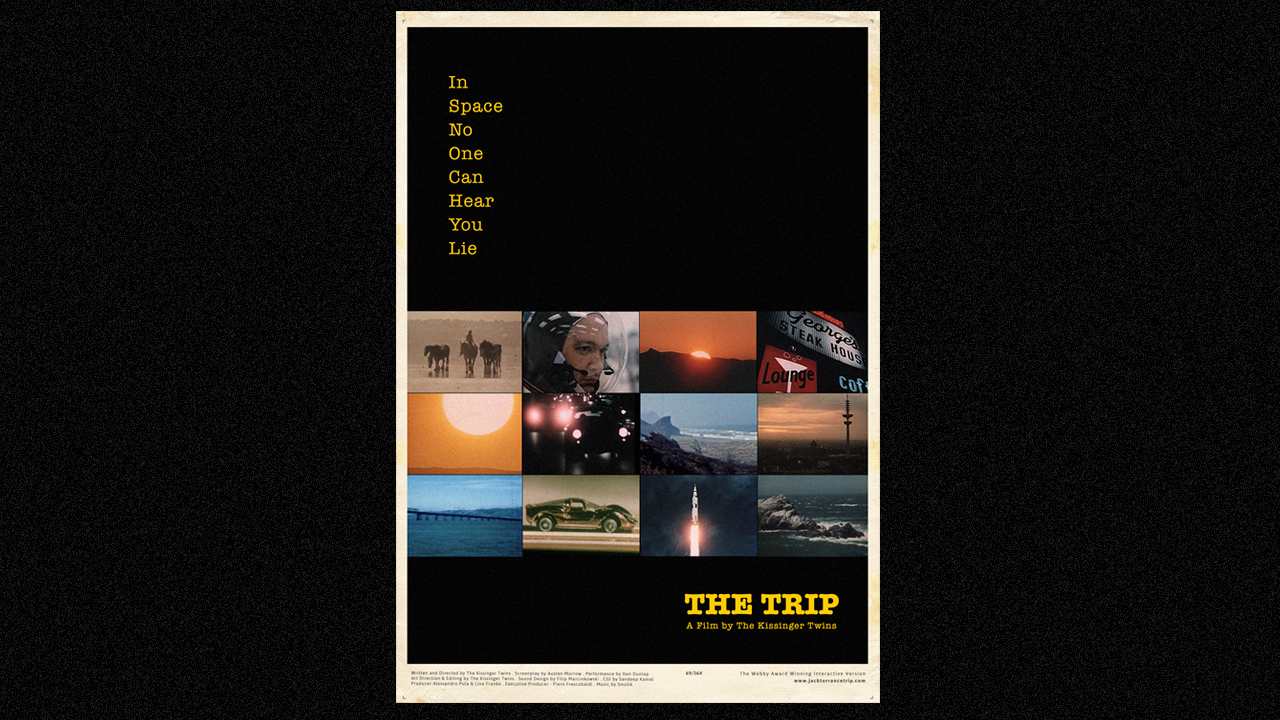 A soundtrack to The Trip by Smolik has been released on Vinyl and CD. It is an immersive concept album full of references to the music from the 1960’s and 1970’s like Stan Getz, Astrud Gilberto, Gilberto Gil, Lao Schifrin and Ennio Morricone. Narrated by Dan Dunlap. It is possibly the first ever soundtrack to the interactive film performing on pop charts.

“The Trip” as digital download is available on iTunes: https://itunes.apple.com/pl/album/the-trip/id577540030