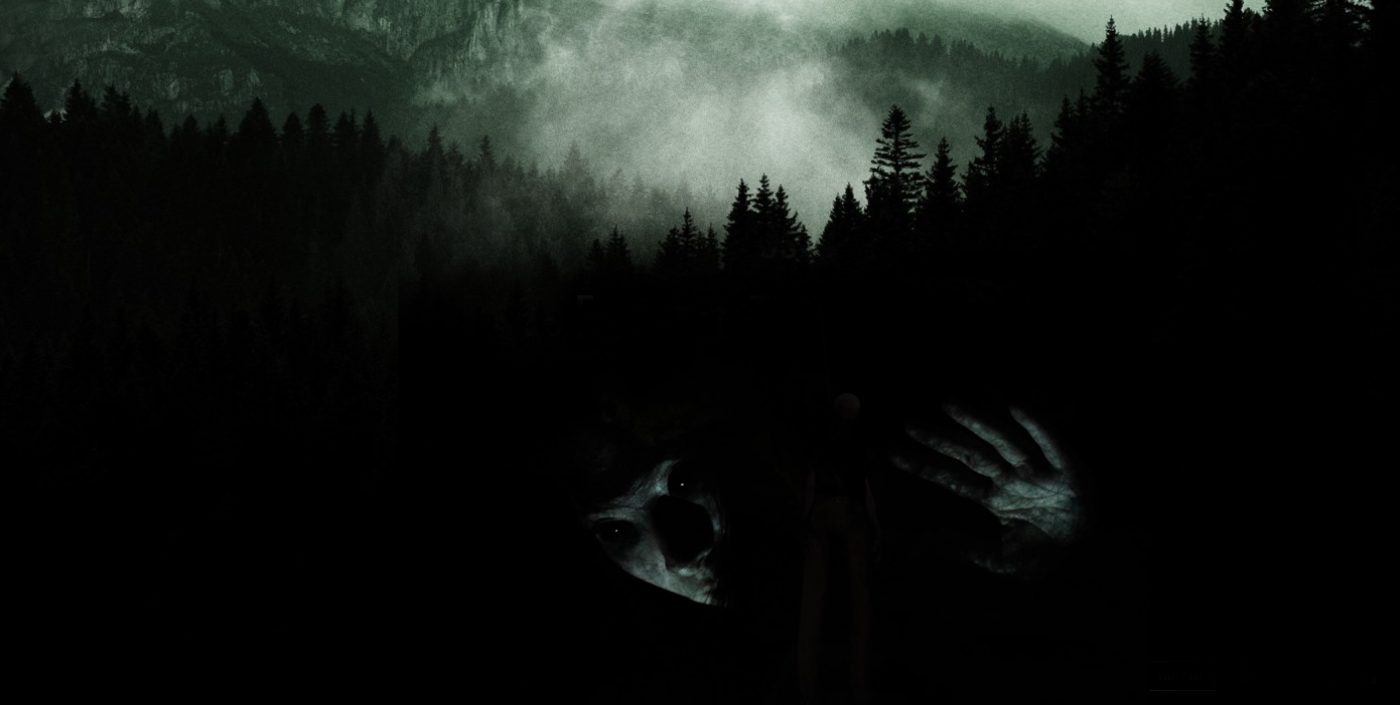 UNIT9 created an immersive 360º experience for Focus Features’ upcoming film, The Forest. Users interacting with the mobile-first and Google Cardboard experience try to locate their friends to escape from Japan’s Aokigahara Forest, infamous for its high suicide rate.

The Forest takes users deeper into their own minds and fears. Using a recreation of Google Street View, you advance through four levels. You need to find clues scattered around Aokigahara to unlock the path out of the forest. Both your Google Cardboard headset and mobile allow you to explore your surroundings in 360º.

In the first level, you have to locate a sign so that you can advance farther out of the forest, away from the evil Japanese spirits of the Yurei. By moving your phone or Google Cardboard, you can explore the dark and gritty surroundings of the forest in 360º until you come across the sign you’ve been looking for. Beneath the mist hovers a ghost that keeps appearing and disappearing.

Once you’ve found the sign, an arrow is illuminated, showing you what direction to go in. For the second and third clues, your challenge is to look for a puppet and a yellow tent. The ghosts get closer and more visible. The sights and sounds intensify. You search for the yellow tent that may contain some sign of life, perhaps even a few of your friends. You’re finding your way further and further out of the forest, but the whispers of souls start to get louder. In your peripheral vision you see a ghost. Are you hallucinating? Still the sounds build up, until the screen is taken over by flashes of a Yurei. Somehow you have the strength and the skill to make it to the last level. You scan the area around you, on the lookout for someone hanging from a noose. But once you locate them, the forest vanishes. You have managed to leave, even though the forest will stay with you long after you’ve escaped… 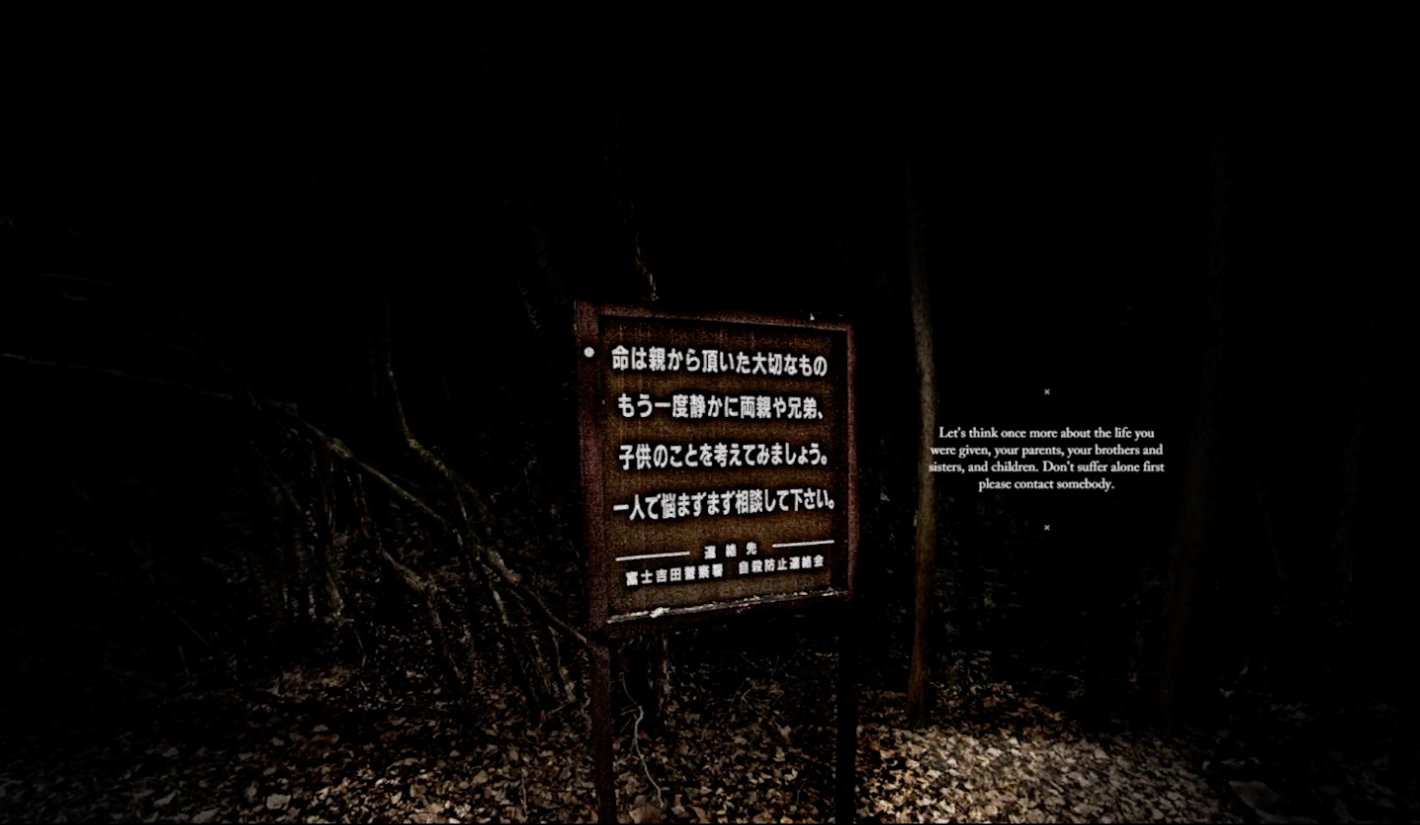 The experience is made up of 360º photos of the forest, which lies at the base of Mount Fuji in Japan. The shots were stitched together using an application called AutoPano. As a result, we had four different 3D spheres or “domes,” one for each level of the experience.

For the intro of the experience we included a Google Earth image of the forest from a bird’s eye view. We also overlaid photos on top of the forest of a Yurei spirit approaching the user. These were taken in-house and then edited to suit the dark look and tense feel of the experience. On the fourth levels, users see 3-4 quick flickers of these photos, which what adds to the intensity.

We chose the colour scheme for the experience and, during post-production, edited the photos from the forest and darkened parts of them, while lightening others. We created a “spotlight effect” so that the direction the user is looking at is illuminated. After retouching the images, they looked almost 3D, which intensified the immersivity of the experience. We also wanted the experience to include Japanese elements in it, so we used Japanese text throughout the experience. The buttons and the text were on a loop effect, constantly switching between English and Japanese.

The objects that users search for throughout the experiences are all static 3D animations. The doll, the backpack and the ghosts, for example, were all created in 3D Max and then exported as a PNG sequence so that we could play with them in our 360º domes.

One of the most complex aspects of the project was the 3D sound. We integrated about 40 different sound bites of a voice actor breathing heavily and creating other eerie-sounding voice as background noise. All of the sounds were spatial, meaning that they get louder as the user approaches the object that the sound is emanating from.

Sounds also takes place “peripherally,” so users wearing headphones can differentiate between what they are hearing on their left versus their right, making for a much more realistic experience. Events also trigger sound, so someone who finds the right clue receives an audial hint about where to look to find the path-illuminating arrow. We worked closely with Plan8, who used their sound engine to adjust the volume and location of the sounds based on the user’s position.

Code brought all parts of the experience together. We tagged certain objects in the scene so that when the spotlight hit them, a specific sound began to play. We also rated user’s experience with a “scare factor,” a hidden bit of code that judges how scary the experience is for each unique individual on a scale of 0-10. Depending on what users see and how long they stay in the experience, we increase or decrease the value from the back-end and this affects the intensity and volume of the background whisper sounds. The result is that the more levels users get through, the more scary the experience becomes. 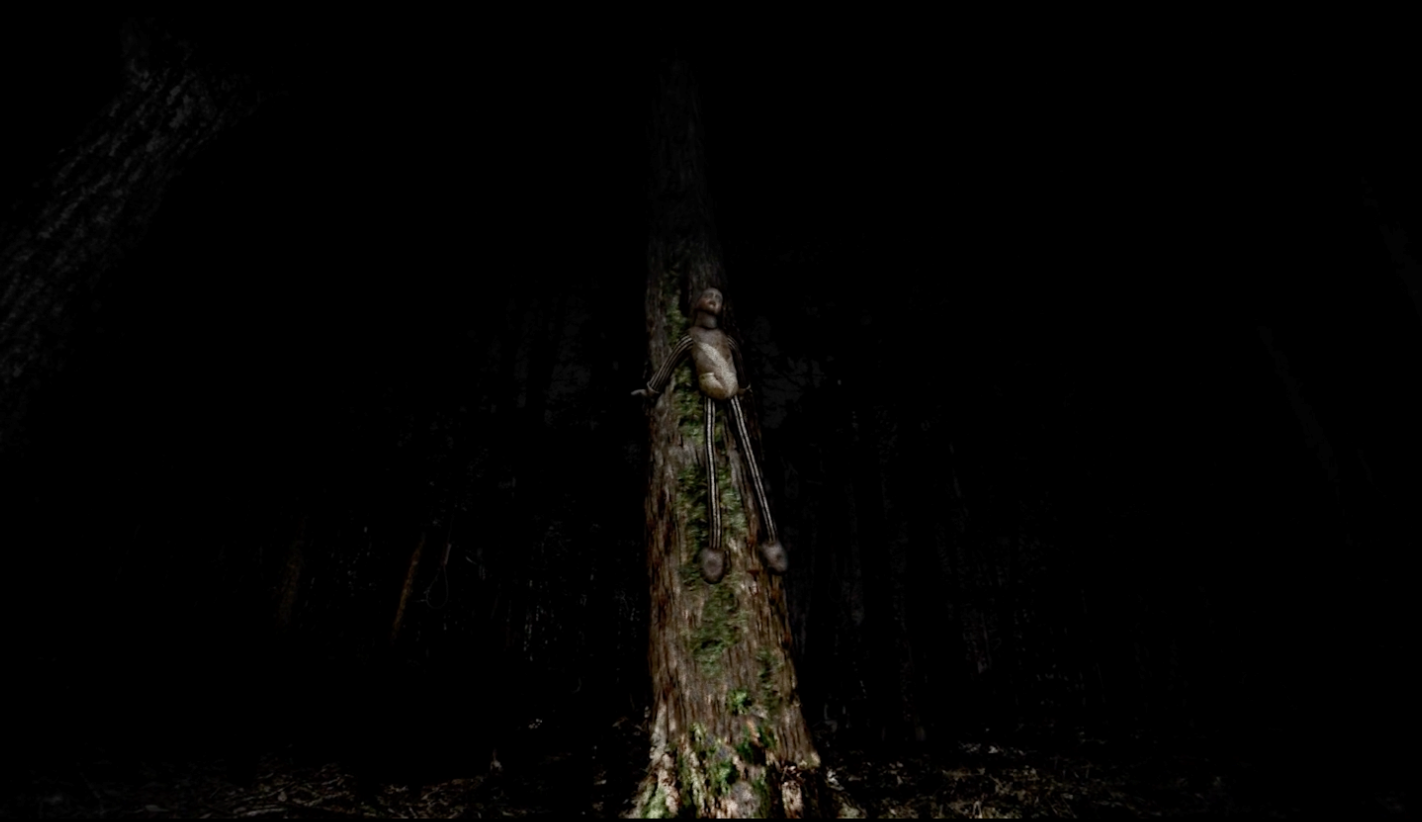