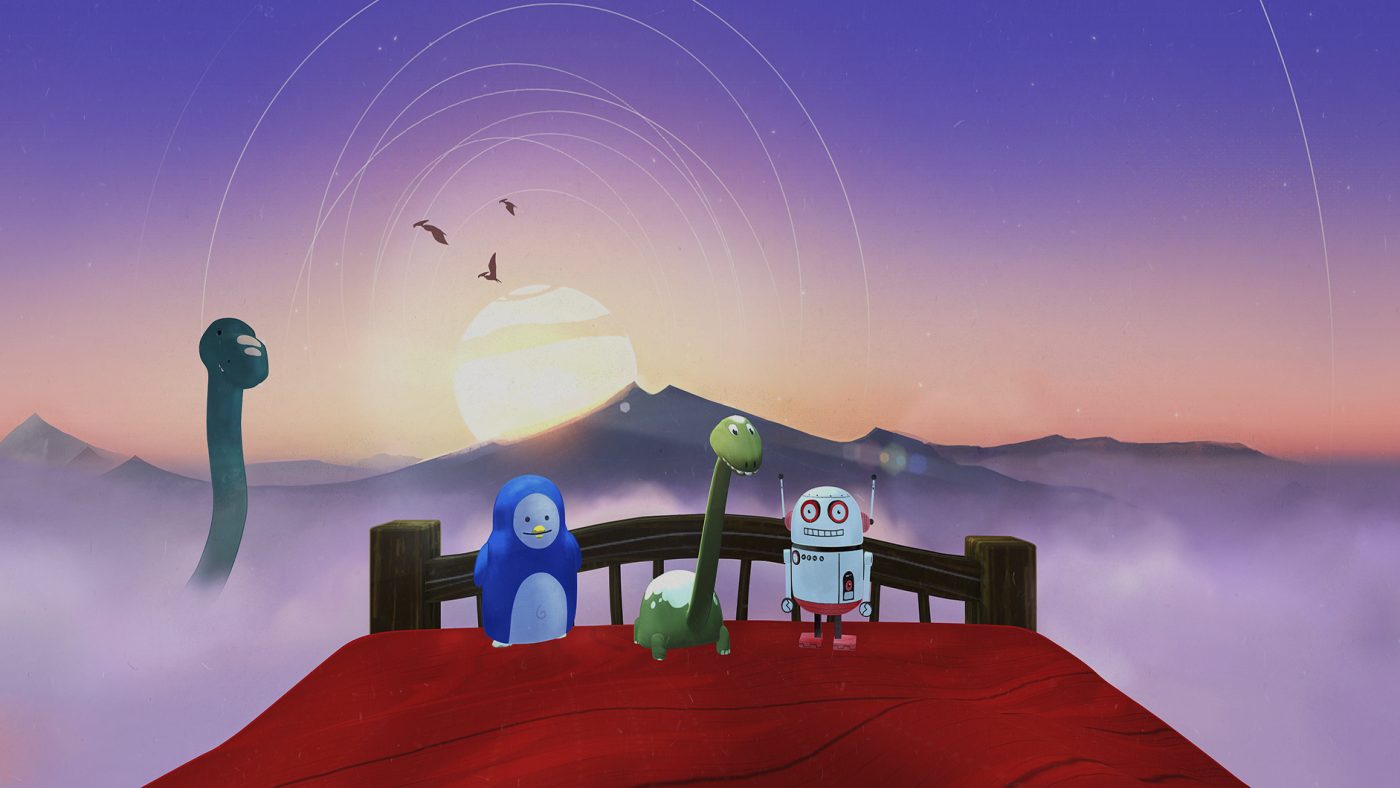 Samsung and BBH bring nighttime stories to life so that families can lovingly connect across any distance. Our VR experience “Bedtime VR Stories” creates an enchanting virtual reality of wonder for parents and children, whether they’re next to each other in bed or what feels like a million miles away. Kids wear the Google Cardboard, while parents sport the Samsung Gear VR, exploring the scenes together in a multi-user adventure.

The Most Wonderful Place To Be

The story features a set of squealably adorable characters and magical scenes to experience.

Moving Through the Environments

Creating beautiful, fantastical worlds is one thing when it’s video-based, but when it comes to VR—and children using VR—every detail has to be explored to make the experience fun and to eliminate motion sickness. That’s not fun for anyone.

Bedtime VR Stories moves on “rails” so there’s always a forward motion. Kiddos can enjoy the story without moving their head around for the 360 view, while still exploring the vast environment.

To make for a soothing experience, every interaction is whimsical, never startling or scary.

Our challenge was to create a seamless experience that allowed parent and child to communicate fluidly. After experimenting with several plugins we settled on Voice Chat and optimised it so parent and child could converse with each other as naturally as they would in everyday life

Since parents use the Samsung Gear VR while children use a Google Cardboard headset, we had a bit of a technical challenge on our hands. To solve this, we created two apps: the parent uses the “lobby app” to send their child an invitation to Bedtime VR Stories. Our second app, for Gear VR, makes it possible for the parent to join the same VR experience that the child is in.

To figure out the best way to get a storybook, stop-motion look and feel, we worked in parallel with 2D and 3D for the first few weeks. In the end, we decided to use 3D models with a storybook personality to them, as if they had just come off the page.

We modelled characters in Blender and built the environments in Unity, working on the mood, lighting and shapes so that every scene had a child-like feel to it that was at once playful and calming.

One of the most important parts of the process was using textures to bring the characters to life. We did all of the texturing using a toon shader to add a magical watercolour feel to the scenes. Some of the elements—like the water or northern lights—were created using animated textures and were synced to the music within the experience.