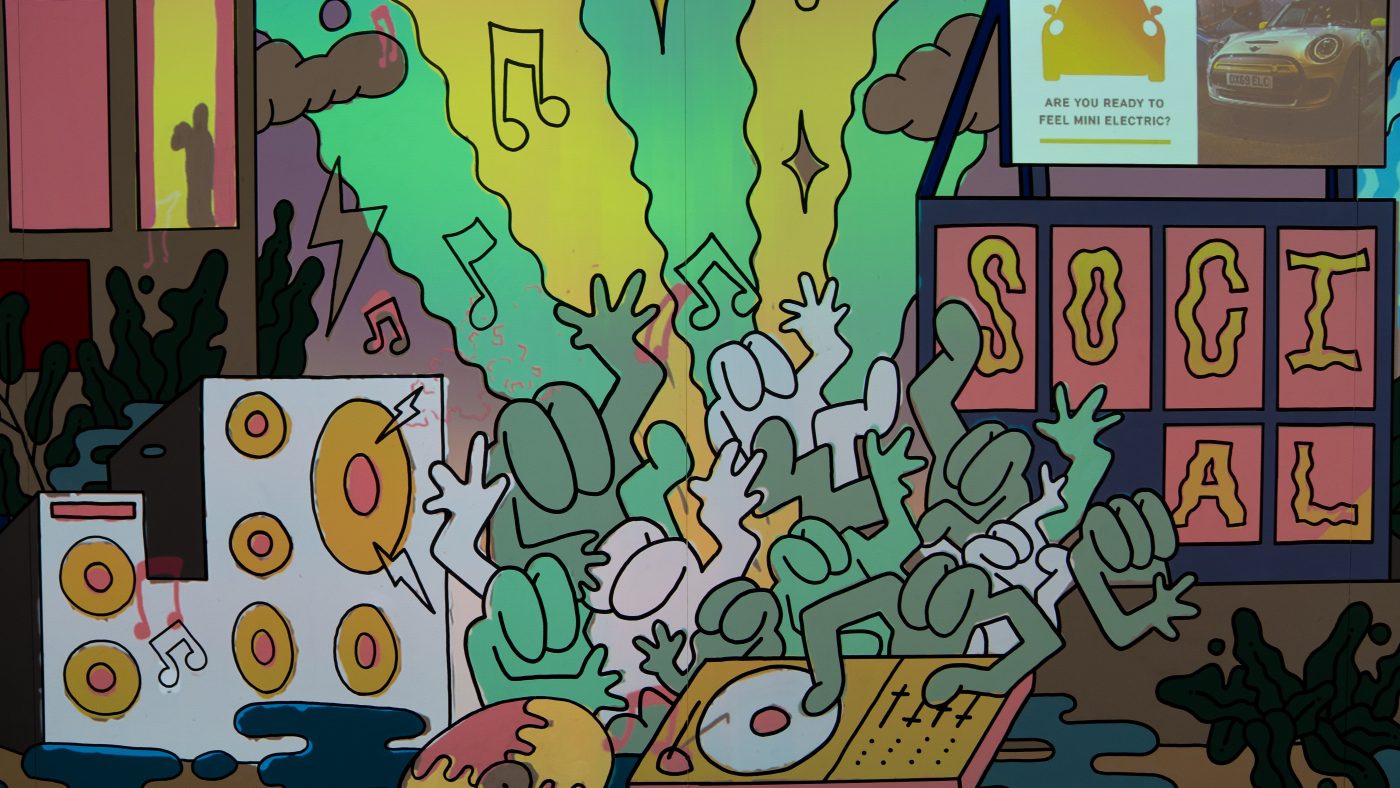 Mini wanted to celebrate the global launch of the Mini Cooper SE, the first all-electric Mini on the market. So we partnered with 180 Kingsday to build the ElectriCity, an interactive mural powered by touch and the technology itself.

Like the all-electric Mini, the mural was charged with passion. Inspired by the wonder of electricity, we worked with legendary Dutch artist Franky Sticks to paint a futuristic city—including art, music, and fashion districts—that ran on electricity in the heart of Rotterdam.

The mural put viewers in the driver’s seat and offered them a multi-sensory experience. It combined familiar aspects of city life like flickering street lights and dogs chasing their tails, one-of-a-kind moments like spectacular DJ sets and glitzy runway shows, and references to some of Rotterdam’s most iconic landmarks, resulting in a true urban slice of life.

Franky Sticks created the mural with conductive paint responsive to human touch. He designed “hot spots” within the mural that lit up, animated (with the help of projectors), and played sound effects when people touched them, making the mural a truly theatrical experience. There was even a hidden camera to capture the perfect selfies. The team had just three weeks to bring the seven-meter-long mural to life from start to finish, but we worked around the clock with Franky Sticks to make it happen. The final product was a testament to what you can achieve with a little bit of electricity and a lot of imagination.

The ElectriCity mural generated buzz—literally! It allowed people to preview the new all-electric car, rediscover the power of electricity, and consider how both can transform city life for the better. By embedding the technology into the mural itself, we reminded people that the future of mobility lies in electricity. 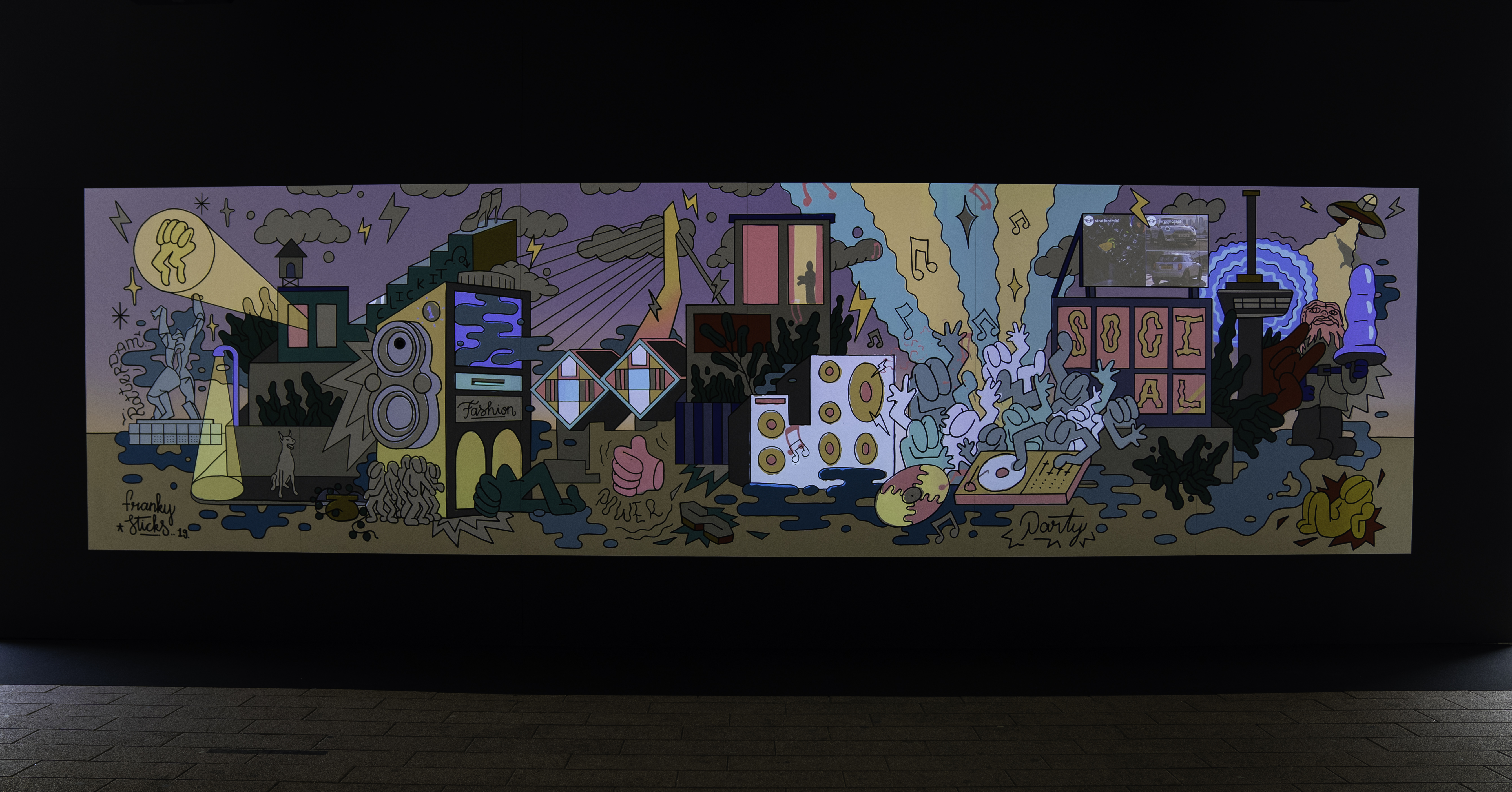