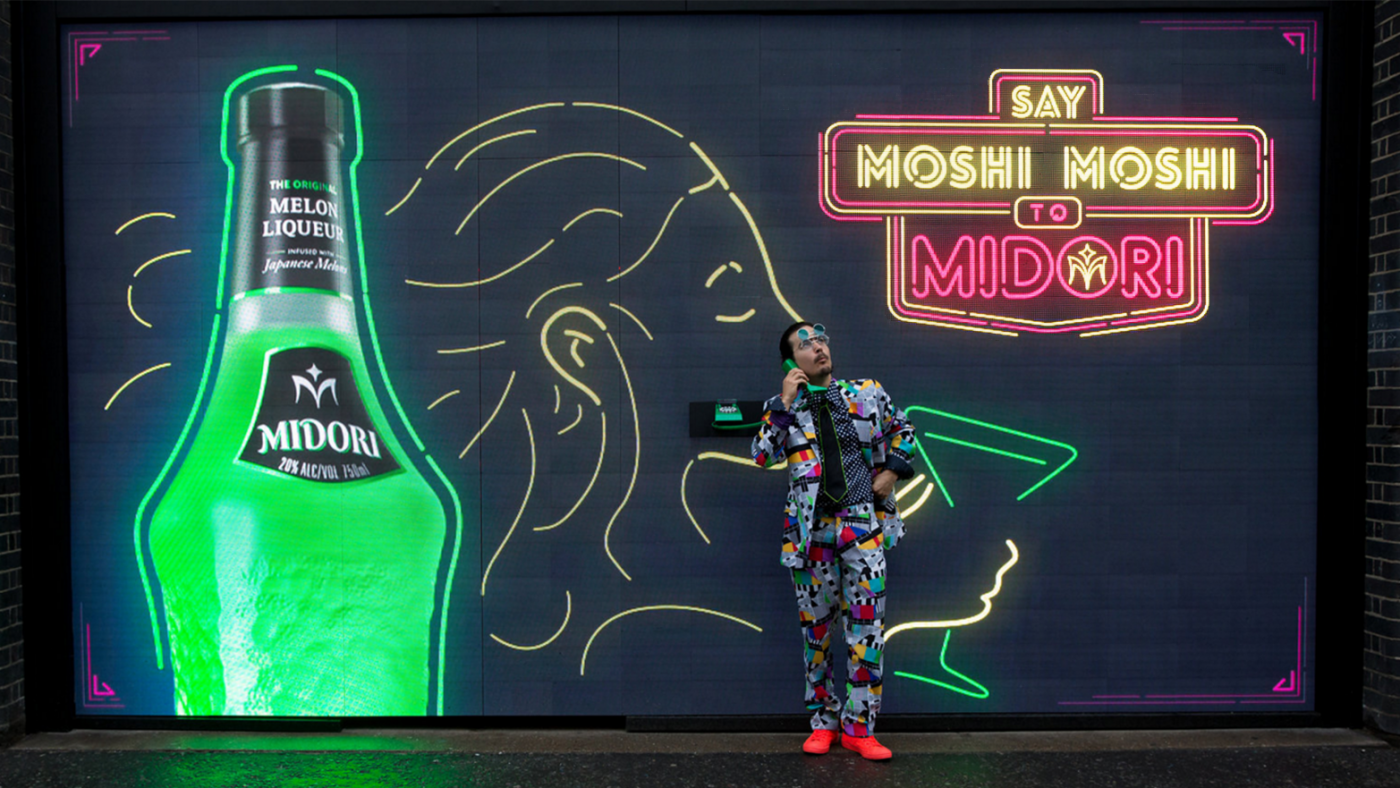 Passersby were lured by a state-of-the-art LED Midori billboard featuring vibrant light animations. A phone, integrated into the interactive installation, rang whenever someone walked past.

Those curious enough to answer and say “Moshi Moshi to Midori” (“hello” in Japanese) gained access into the pop-up by following the animations on the billboard, which revealed a hidden door using sound and smoke effects.

Visitors walked through a hallway until they reached three doors, one of which flashed green to indicate that it was openable. Each door led to a different room expressing an aspect of Midori’s brand identity: its vibrancy and its premium quality.

Upon entering the room, visitors were greeted by an excited game show host. Along the center of the vibrant room, with walls full of colours, patterns and Japanese graphics, was a gigantic tube sculpture spelling “Midori.”

Guests separated into teams and competed against each other in a hot wire challenge where they traced the outline of the sculpture without touching the tube. If the ring accidentally touched it, the entire room starting flashing with colourful lights and intense sound effects.

Visitors were ushered into the room by a few make-up artists who began dressing them in wigs and coats. A green screen covered most of the wall and the room was filled with lights, sounds, a camera and a film clip board. 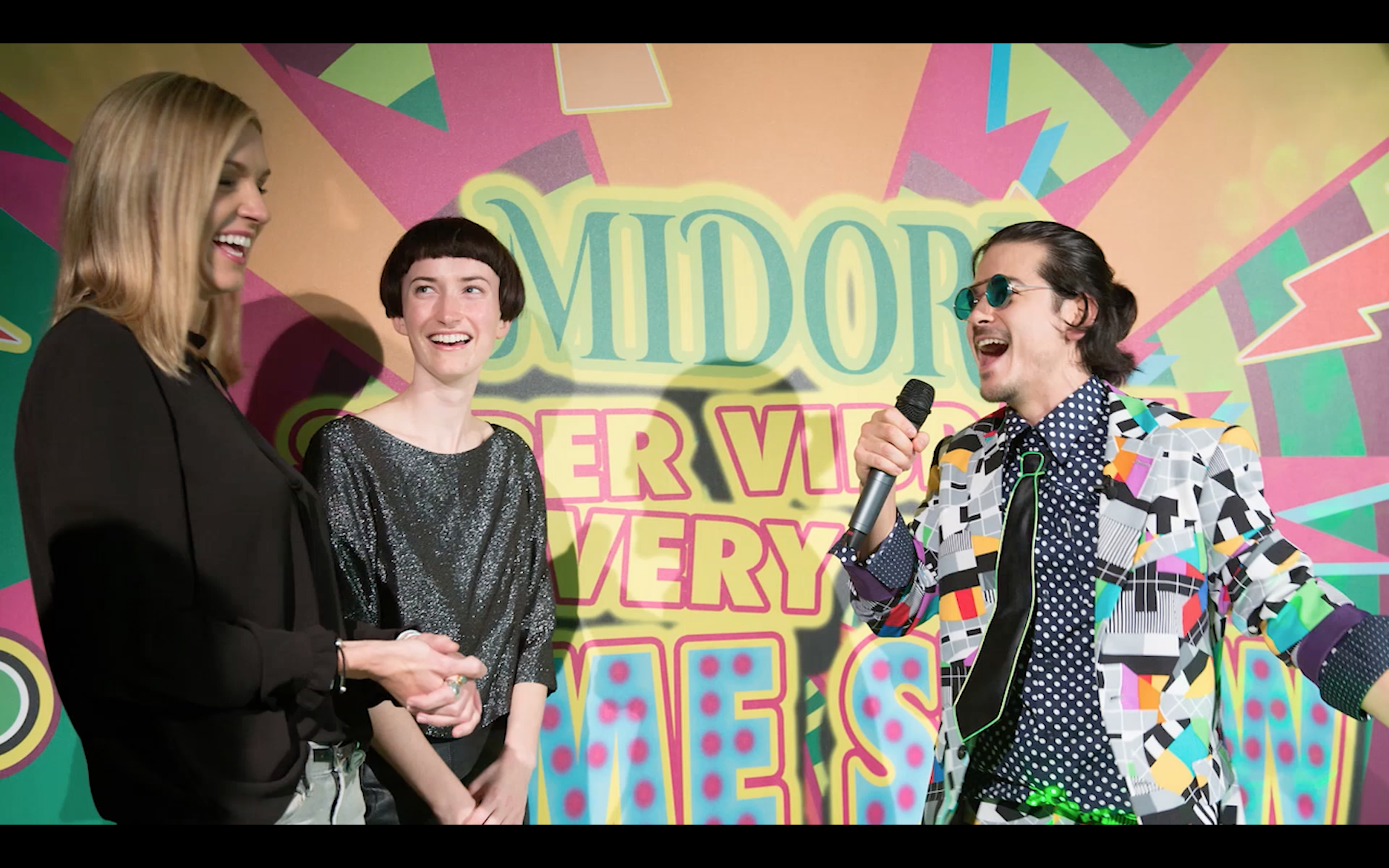 A director hurried visitors through the process of becoming the star of a Midori TV ad as though they were under real time pressure. They were asked to say “Moshi Moshi to Midori” in front of the green screen and watched themselves live on a big LCD monitor. The background was replaced either with the setting of a Japanese speakeasy bar, a timelapse of the streets of Tokyo or a Japanese club.

Our third room was all about nature and authenticity. Both of the walls were lined with boxes of $200-musk melons that help form the essence of Midori liqueur. 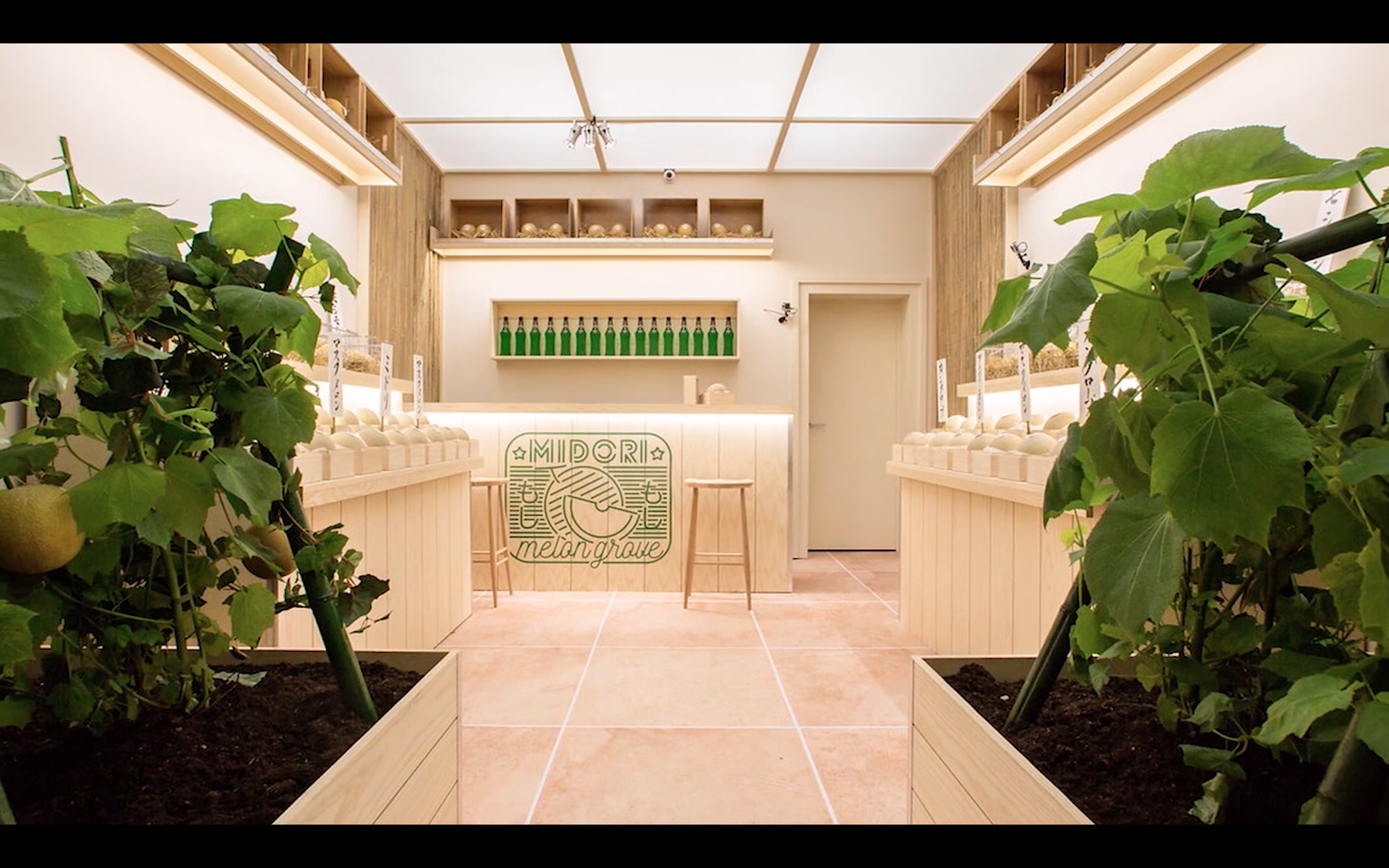 The Midori Mixologist, Manuel, was present to explain the tools and techniques, like a wine sommelier. Visitors took melons out of their individual wooden boxes, lined with velvet, so that Manuel’s assistant could carefully cut the melon apart.

Rounding out the journey, guests reached the Chillout Bar, where they could kick back, relax and talk to others who had gone through the interactive installation.

The event required a large backstage set-up to ensure that the event was orchestrated perfectly. We used cameras to monitor who was walking past the billboard in order to activate the specific LED light animation and make the phone ring when there were people outside.

All of the event rooms were monitored so that we had a steady flow of people in each room. Throughout the two-day event we made sure that the hidden doors opened at the right time and manually activated smoke machines to invite visitors to step inside. 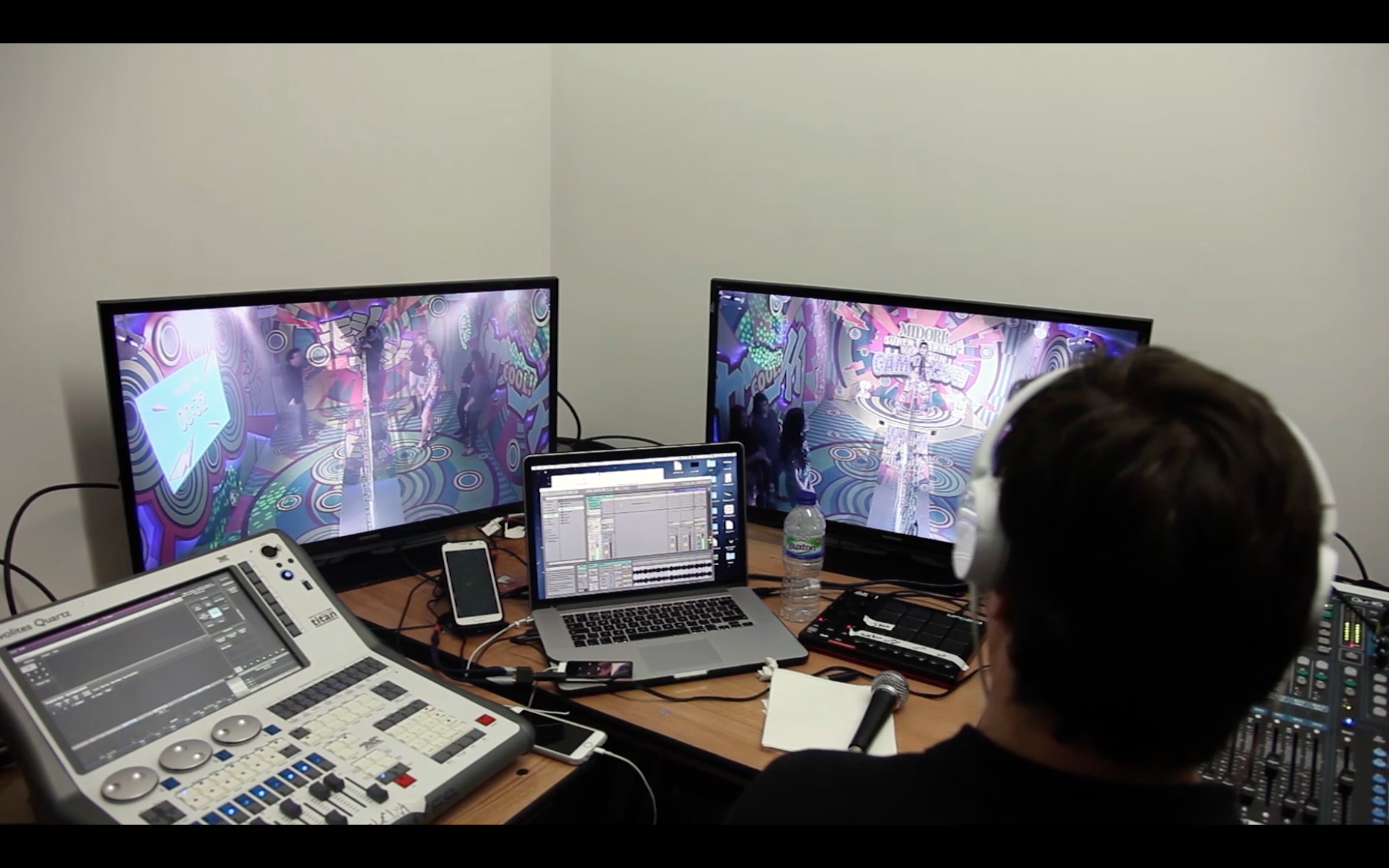