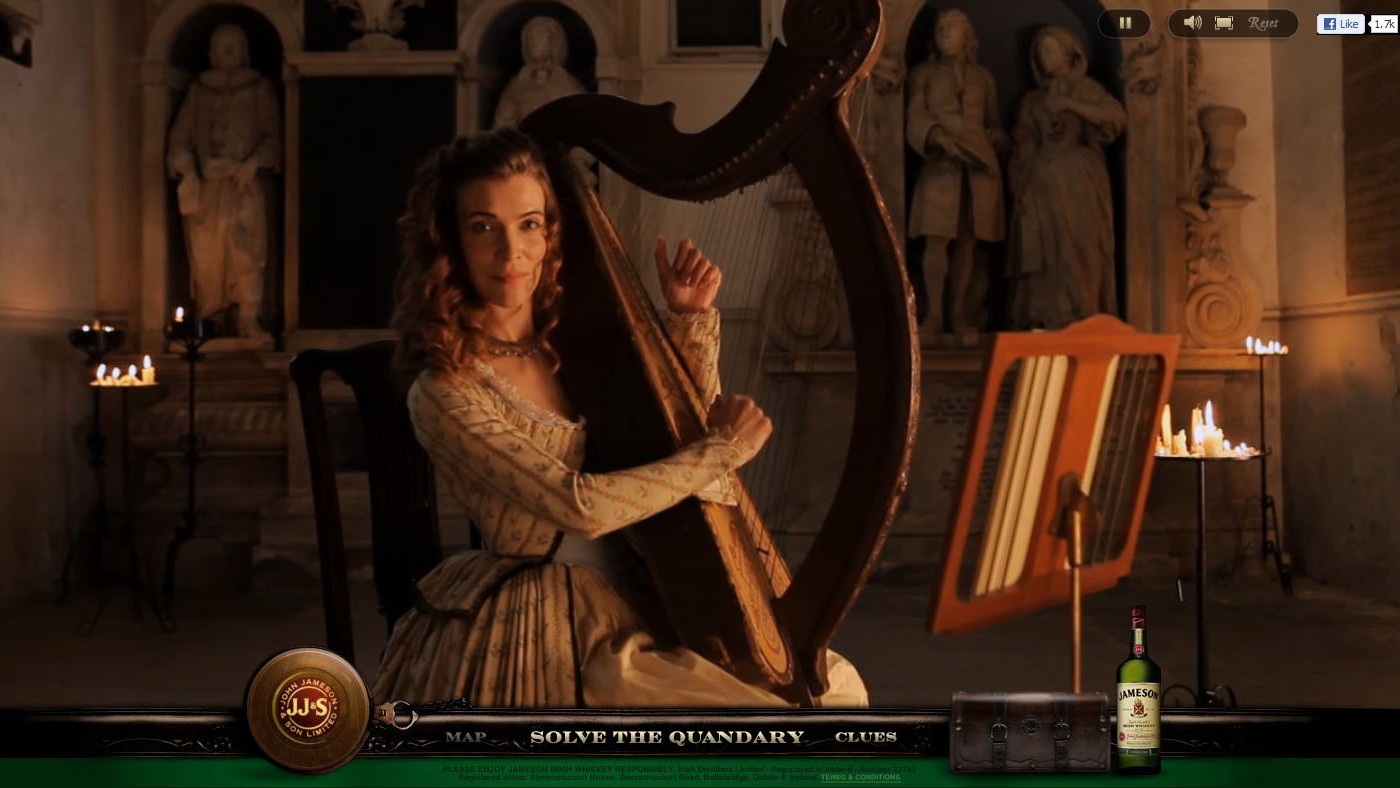 According to the legend, a barrel has been stolen from the Jameson distillery by one of your Facebook friends.

It’s your duty to determine who the thief is and return the barrel to its rightful place.

Connect with Facebook and play a mystery game in the virtual streets of Dublin.


The web experience lets the user explore Dublin in 1780, very much as John Jameson, (the founder of Jameson Irish Whiskey), would have seen it.

Jameson1780 – Behind The Scenes

EVB was tasked with creating an HD-based digital initiative for Jameson’s Whiskey – a web presence to match a major TV campaign in the US. It needed to tie in with the campaign theme of “Dublin 1780” – which is when the Jameson’s distillery was founded.

We had the perfect location lined up, for a journey into the 18th century: Dennis Severs’ House: an amazing shrine in Spitalfields, that we’d loved for years.

The house is furnished entirely in the style of the 18th century, with almost no electricity, lit only by candles.

It wasn’t all at Dennis Severs’ House: UNIT9 also shot in Dublin, in a part of the historic Jameson’s Distillery, and in a medieval church in east London. Martin was determined that the lighting would be dominated by candlelight: Carl Burke, the DoP, did a phenomenal job making it all work with super fast lenses.

EVB designed the interface for the site, and worked closely with Yates Buckley and unit9’s team in Italy on the build. UNIT9’s digital producers, Olivia Young and Fred Chak kept the build going smoothly.