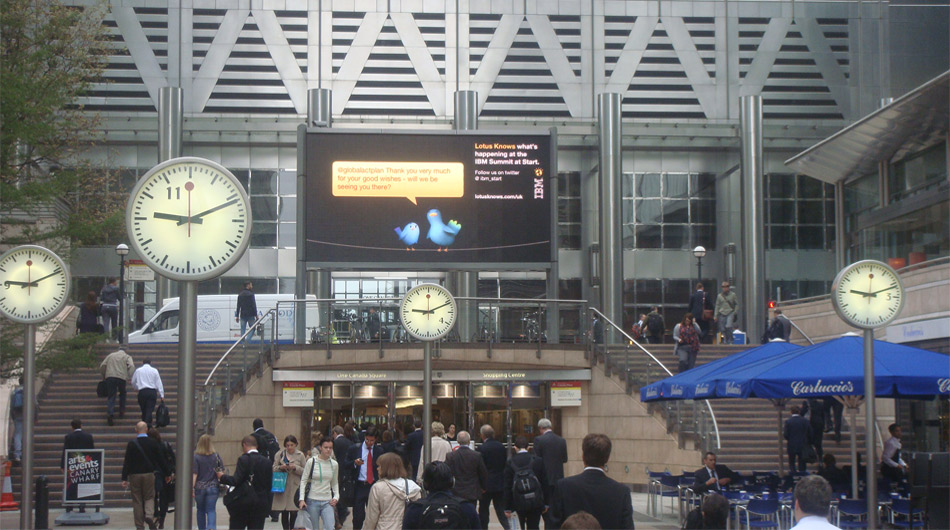 We created a series of cute animations and combined them with messages drawn from the twitter feed for the 2010 IBM START Summit.


UNIT9 also created and hosted the aggregating application, interfacing with the Reuters servers.