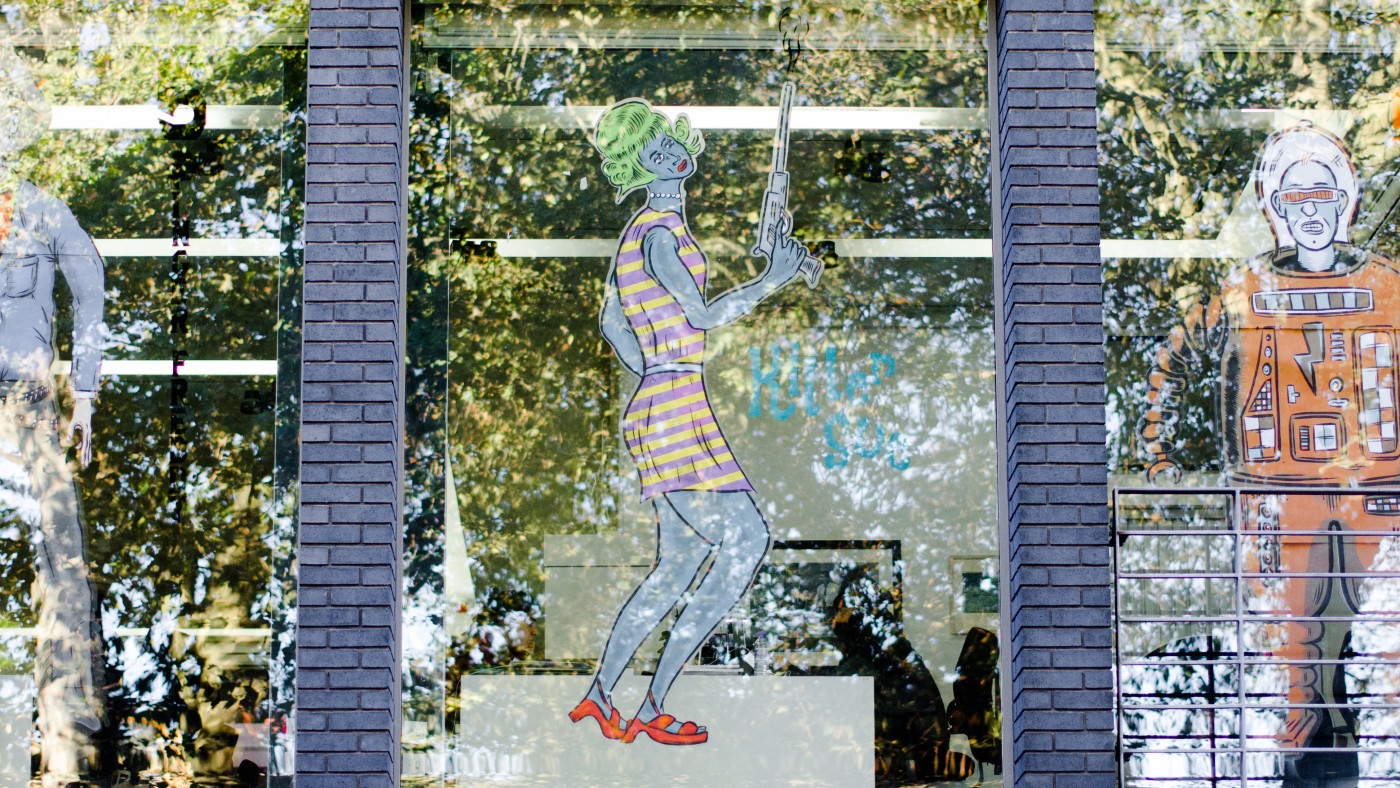 The art featured a comical trio of gunslingers: a Western cowboy, an Avengers-inspired murderer called Killer Sue and an aggressive robot from the future.

Sam’s style is highly influenced by his use of ink and brush, which allowed him to draw the three characters by hand and then blow them up to fill our windows from floor to ceiling.

Sam has produced work for a number of clients, including Print Club, Somerset House, Bob Gill and many others. He also recently illustrated, screen printed and published a comic called “Useless.” To check out his work, click here.