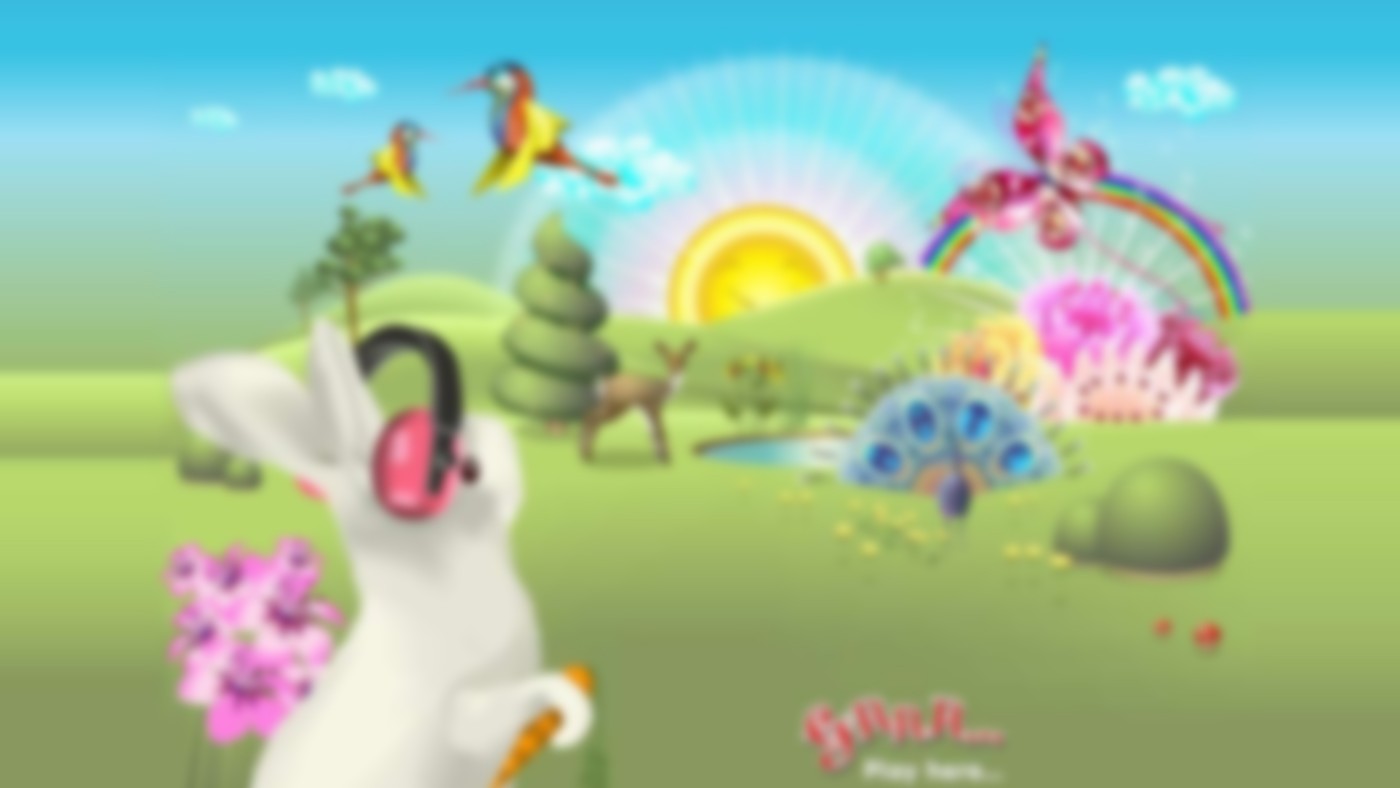 An award winning online extension of the awesome animated TV ad by Nexus.

It’s the surprising and surreal aspect of the game that rewards the user. This project was made in 2004, its all over Google.

The Grrr Game puts you in control of a white rabbit, on a quest for carrots, using the arrow keys to move around the isometric pseudo 3D environment.

Landing next to any hateful object will cause the rabbit to whip out his gargantuan hammer and whack the smithereen stars out of it, thereby turning it into a lovely object of affection.

Doing so will also add a time bonus to your score.

The goal of the game is to get to the BBQ while collecting all the time bonuses, and all the carrots, by ridding the world of hate.