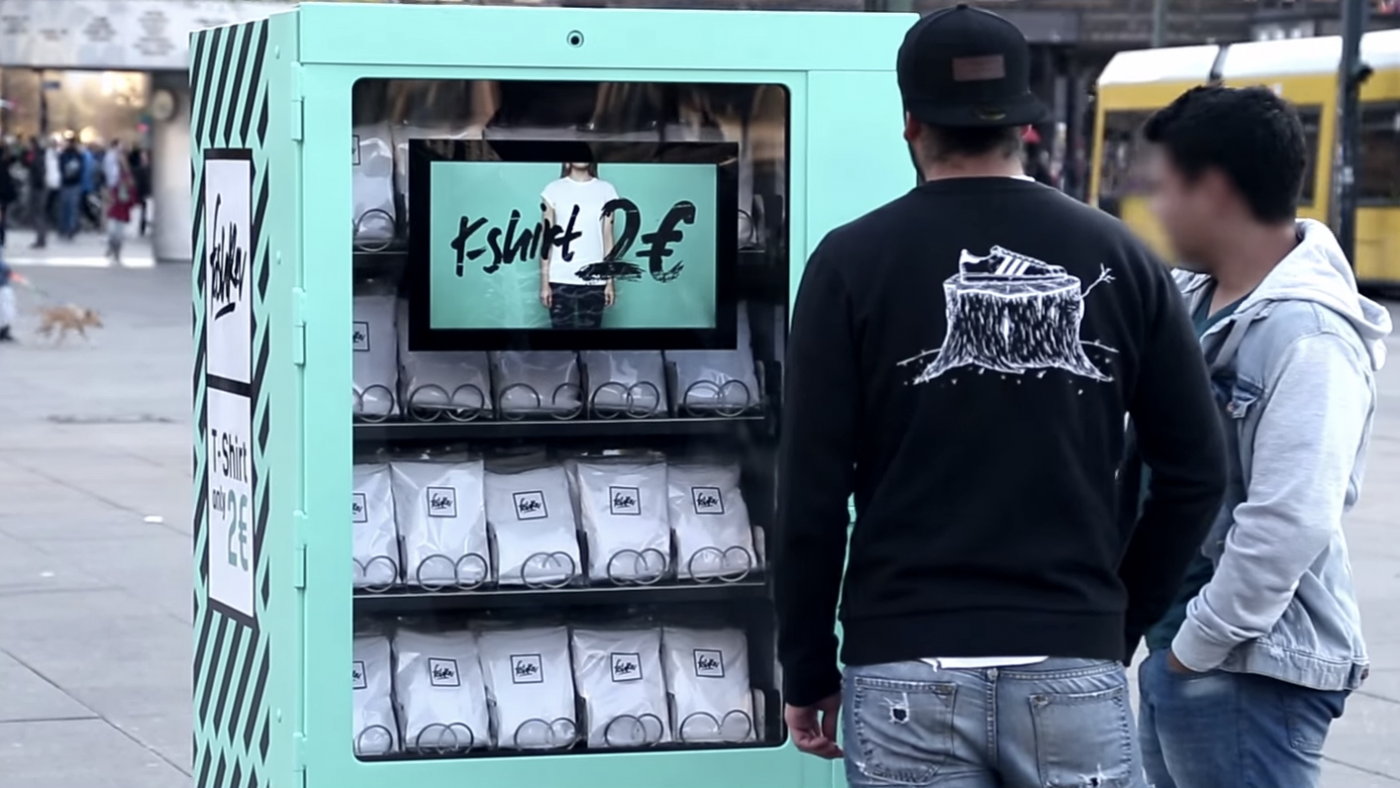 For Fashion Revolution Day, we partnered with BBDO Berlin to create a quirky and memorable social campaign.

We put our love for innovation to use and turned your average snack-dispensing vending machine into a social campaigning tool to raise awareness about the garment industry’s poor working conditions for children. Bright turquoise, it stood in the middle of Berlin’s Alexanderplatz and promised passersby a real bargain: one t-shirt for only 2€.

After inserting the money and selecting their size, customers were surprised to see a video start playing on a 22” HD display fitted into the plexiglass. They watched shocking scenes from textile factories of women and children sewing without a break, paid only 13 cents per hour for working under life-threatening conditions.

After 20 seconds, an option appeared on the touch-screen display to either continue with the purchase and buy the t-shirt or donate the 2€ to Fashion Revolution instead.

The application controlled communication between the arduino, the display and the PC so that whenever 2€ was inserted into the vending machine, the display automatically played the video. The original number pad was replaced with our own one, controlled by a computer application we created specifically for the campaign. The machine was programmed to dispense a shirt if you chose not to donate money.

The project was a success in terms of innovation as well as social responsibility. About 90% of the people who initially wanted to buy cheap t-shirts decided against the purchase and donated instead. In just five days, the video got 4 million YouTube views, almost 40,000 Facebook shares and over 100 press mentions, including on Business Insider, The Independent and Creativity Online.