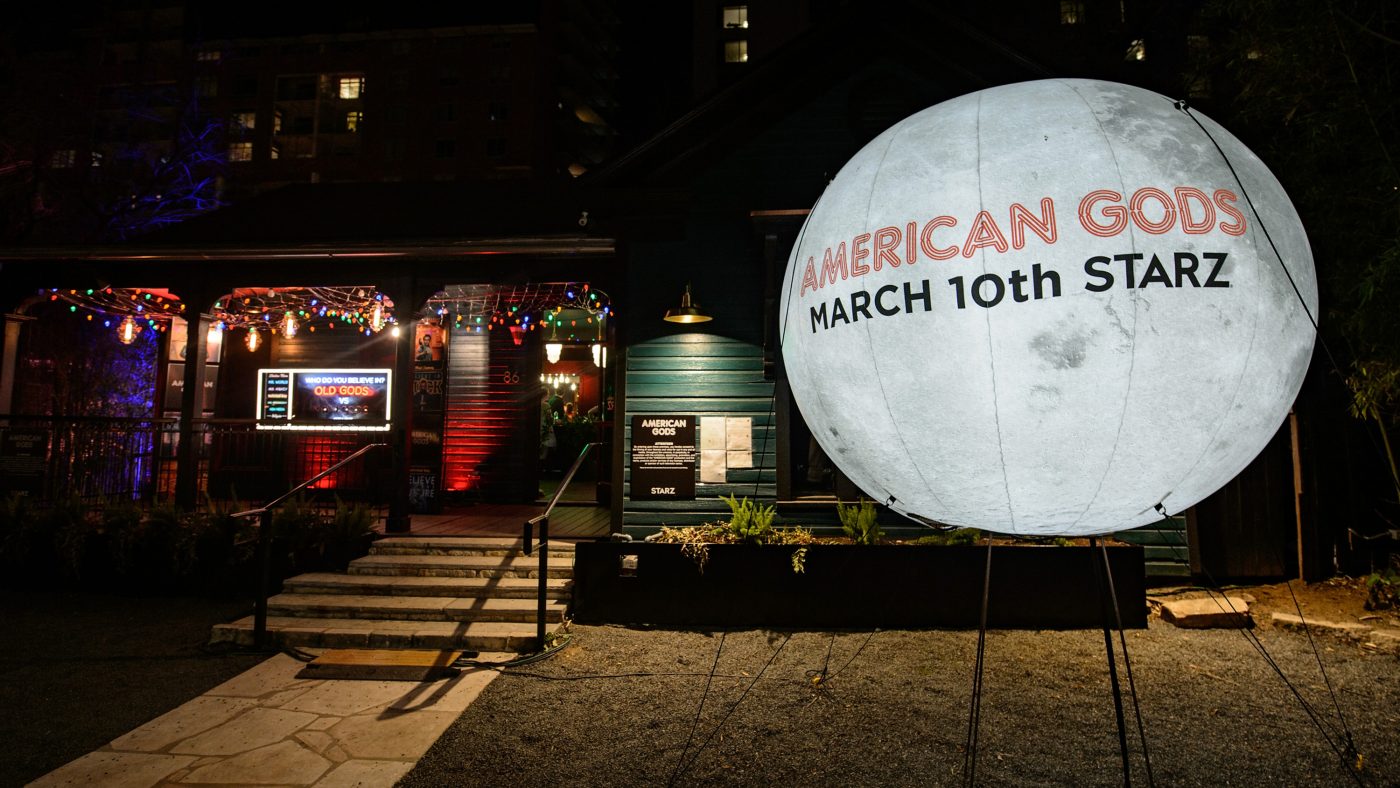 American Gods: House of the Gods

Starz wanted to drum up excitement around the Season 2 premiere of American Gods. So we transformed a regular local venue into the House of the Gods, an immersive multi-god-themed interactive space, and transported fans to the modern mythical world of their favorite show.

The SXSW activation included seven unique installations and experiences. Every activation was designed with fans in mind and drew them deeper and deeper into the world of American Gods, including experiential rooms, interactive components, and intricate photo-ops.

All seven installations combined creative set design with ambitious technologies
including holograms, wall-to-wall LED screens, and an interactive board that let fans control neon signage throughout the House of the Gods. We even built a custom Zoltar-like fortuneteller machine complete with an animatronic spider.

It wasn’t easy to reverse-engineer so many different technologies to fit into the existing venue, but our tech team worked tirelessly to bring all of the moving parts to life. The final product was a true testament to their festival and convention installation abilities.

The House of the Gods was one of the most buzzed-about activations at SXSW. Thanks to positive word of mouth, over 2,000 people visited the rooms in the three days they were open.

Even the gods themselves deemed the experience divine. The American Gods cast was only supposed to stay at the House of the Gods for 30 minutes, but they ended up exploring the rooms for a full two and a half hours. They also posted tons of praise for the installation on social media, earning nearly 1.2 million impressions on Instagram and Twitter that weekend alone.